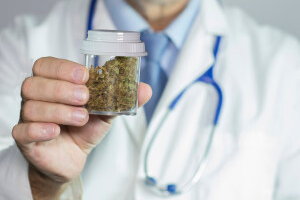 While there is a clear distinction between marijuana crops grown for recreational use and medicinal purposes, new research in Colorado may debunk any chemical differences in the two, including claims of users getting a different type of high.

Recent consumer demands for more potent marijuana have come to fruition as marijuana strains currently being tested in Colorado's research labs present triple the amount of tetrahydrocannabinol (THC). THC, marijuana's active ingredient, has increased from less than 10 percent potency 30 years ago to nearly 30 percent potency in the said strains.

With the increase in THC in marijuana now being tested, researchers have also found a decrease in the Cannabidiol (CBD) content. CBD is one marijuana's least active ingredient and does not contribute to its "high," but researchers believe it appears to be the medicinal component that may possibly help treat schizophrenia, Alzheimer's disease, Huntington disease, depression and anxiety.

Researchers in Colorado are also finding a certain amount of contamination in the marijuana crops they have tested. While there is little chance of completely eliminating the organic fungal growth that is bound to occur in pot, further testing is being done to determine the levels of fungal growth on the buds of the plant that are used for production that may be considered contaminated. No safe levels of chemical contamination have been determined as of yet. The research has also shown varying levels of butane, which have not been legislatively determined as safe or unsafe.

Crafting New Legislations: Taking Lessons from the Past

As other states are looking at the legal processes of decriminalization and possible legalization of marijuana, and watching both Colorado and Washington State as they implement and iron out problems with their new laws regarding pot, the U.S. is expected to look to the processes of controlling and regulating both tobacco and alcohol for guidance in the coming years.

As legislative measures are taken to reduce criminal penalties for possession, the use and production of marijuana in each state may learn from the hard lessons of legal precedent set for both substances over the course of history.

These issues run the gamut from interstate transport of the products to taxation and legal age for use. Sales and development of the product are also contained within the legislative history of both substances. Lessons hard learned in regulating tobacco and alcohol may assist each state to develop their new laws.

The widespread use and abuse of medical marijuana may also assist lawmakers when writing new legislation. It is expected that public outcry for lowering of penalties regarding recreational use of marijuana will continue past the decriminalization stages and into the future for legalization.