The Rise of U.S. Inmates Overdosing on Heroin

The Rise of U.S. Inmates Overdosing on Heroin 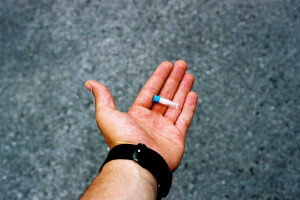 You're sure to hear of heroin drug overdose on the streets, but many people don't think there is much heroin use going on in the prisons. The truth is that plenty of inmates get their hands on heroin and unfortunately some of them overdose. Out on the streets, Naloxone is a drug that many paramedics, policemen, and hospitals use to reverse the overdose within seconds, but prisons aren't banking on keeping scores of Naloxone on hand.

The Increase of Heroin Overdose Deaths

Over the last decade, heroin overdose deaths have been steadily increasing. The opiate is highly addictive, as more than 20 percent who try the drug will become addicted to it. This is millions of youth, men, and women in America hooked on a drug that can kill them in a matter of minutes. Perhaps it is not an epidemic, but it could be headed in that direction.

As the drug use continues to rise, Naloxone is becoming quite popular, as it simply saves lives. But according to the US Bureau of Prisons, there are many inmates who have substance abuse issues because they can and will smuggle drugs into the prisons. Whether it's heroin, cocaine, or prescriptions pills, there are always inmates who can get their hands on such. With not many things to do, the temptation to get high is significant.

The Inmates Fess Up to the Use

Listen to what one inmate says about heroin use: "There's nothing better than shooting up some brown tar or--better yet, China White--when you're doing a bid. I always make sure heroin is available in whatever prison I'm at," he says. "It takes the edge off and just makes the days go by."

A key problem is that many prisons are not keeping Naloxone around and for this reason more prisoners are dying from overdose than necessary. If every prison kept adequate amounts of Naloxone on hand, the overdose deaths would decrease. Would this cause more inmates to try heroin? Perhaps, but still the chances of overdose even for them would be lower.

Cracking down on the smuggling of drugs into prisons is of utmost importance, of course, but somehow there are always those that can get around the system or find a loophole. With the temptation to continue using drugs high in prison, perhaps if the number of deaths continue to rise they will get more serious about Naloxone and have it handy in each section of the prison.