My Thoughts on Celebrity Addiction

My Thoughts on Celebrity Addiction 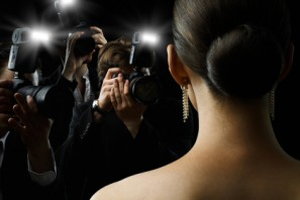 We live in a culture that is far too aware of the intimate lives of those who piques our interests, our curiosity, or just makes a name for themselves by doing something that we pay incredible amounts of money to support. This may be in the world of politics, sports, music, reality television, movies, or prime time television shows.

As we probe every waking moment of those who we reward with cultlike followings, it is impossible for these persons to never falter. And when falter they do, we are there, en masse, with cameras to record every embarrassing moment for posterity. Why do we allow Charlie Sheen to have center stage for even five minutes? What do we gain intellectually or spiritually from laughing at his discomfiture? Why do we need to know the intimate details of the accidental deaths of those who rise to fame and then fall so hard into disgrace and sadness? What is it about human nature and the advent of media coverage of everything that makes it newsworthy that others become addicted to drugs or alcohol or sex and falter horribly and painfully?

Fifty years after her death, a cultish following of Marilyn Monroe still seeks the answers to her sad and lonely life because of the way she died. She is much more famous (or is it infamous?) due to her mysterious and tragic demise. It somehow glorifies her life beyond what it really was. And now, the details of those who rise to fame in the media are drawn, quartered, and hung out to dry via the same powers that create instant sensations when they've done nothing to merit that type of coverage.

The exploits of the Charlie Sheens, Lindsay Lohans, Rihanna, Chris Brown, and Whitney Houston are something that should be left out of the public eye. We romanticize the tragedy of their addictions and their crimes against our social institutions by blasting them from every tabloid and across Twitter, Facebook and all internet sources as if they had discovered something as powerful as radium. Are these heroes? Why are they celebrities? For what are they famous? For what are they receiving publicity? For breaking laws, for disrespecting what the rest of our society creates and upholds, for abandoning and abusing their children and their spouses? For their ability to be photographed at their absolute worst and flaunting it that they can (and do!) get away with things the rest of us would be penalized for?

When do we stop buying the magazines and being so completely consumed by the bad behaviors of those who do so little to contribute anything worthwhile to our social environment? When we, as a society learn to embrace the heroes in our midst who are brave, noteworthy and wholesome, we will find that there are fewer moments of personal degradation to ruminate on. When we refuse to wallow in the murky waters of shame and misconduct, there will be less of that type of media hype and public humiliation. Let's stay out of the personal lives of those who have nothing to add to our social environment other than their silliness and sad downfalls. We don't help them by watching it, and it teaches nothing positive to those we are empowered to teach, our children and those who learn from the examples that are set by what they watch.