The Toll of Drug Use on 200 Million People Worldwide

The Toll of Drug Use on 200 Million People Worldwide 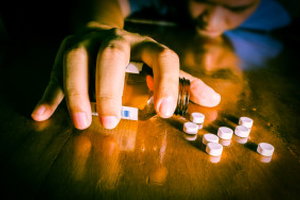 Earlier this year, Los Angeles Times reported numbers for drug abuse worldwide, commenting on the impact on the cost of healthcare due to widespread drug use. It is estimated that 200 million people worldwide use illegal drugs every year. These numbers do not include alcohol or tobacco use, which also impacts healthcare services and costs dramatically.

The study was conducted by The Lancet, a medical journal in the United Kingdom. The specific drugs that the study is focusing on are opioids, amphetamines, cocaine and marijuana. Their information is being compiled from reports on drug use and abuse, dependence, fatalities and other health concerns recognized to be consequential to drug abuse. While other substances may have health implications, these four drugs offer the most thorough information from which to conduct the study.

Total number of users has increased worldwide. 2012 statistics on illegal drug use have shown increases from 180 to 185 million in the 1990s to early 2000.

Drug users who inject drugs number from 11 million to 21 million. It is estimated that 1 in 20 persons who are in the age group between 15 and 64 are using illegal drugs.

Obvious side effects of drugs are deaths caused by overdose. Other far-reaching complications include heart disease, lung and breathing problems, kidney and liver disorders and mental illness.

Health care costs for those impacted by drug use include the astronomical number of persons who suffer from heart and lung diseases caused by tobacco use. While legal, tobacco is known to cause over 5 million fatalities per year worldwide. An increase of up to 8 million is expected by the year 2030.

This number does not include those 16 million Americans who suffer from some form of disease directly attributable to tobacco use. It is estimated that for each death from smoking, 30 more persons suffer from a smoking-related illness.

Over 2 million people die from alcohol abuse each year around the world. This number far overshadows the 250,000 estimated annual deaths due to use of illegal drugs. However, the years of life lost for illegal drug use comes in at over 2 million. The reason it is higher than that of alcohol (1.5 million) is because many illicit drug users begin to experiment with drugs at a young age and subsequently die from them.

Healthcare costs for those who do not die from drug overdose are astronomical. Why? Those with persistent and ongoing healthcare issues caused by drugs will run in the billions of dollars per year. Care for chronic and persistent illness is costly and those who have these health issues are going to increase annually, as do the numbers of drug users who incur health issues around their drug use and abuse.

The number of persons who use illegal drugs vary from those who actually become dependent. This ratio is impossible to determine, since there is no formula that applies. There is also little correlation that can be drawn between users who go on to incur healthcare costs because causal implications cannot be formulated either.

What is significant and does show strong trends for the future, as these statistics impact the field of healthcare, are the staggering number of persons who use illegal drugs. It must be recognized that costs will continue to rise as incidence of use escalates.