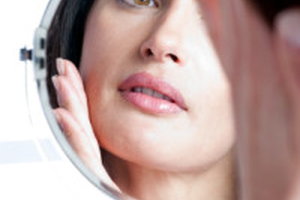 Hindsight is a powerful thing. In fact, I would even say that hindsight for me is a powerful tool. When I look back to a time in my life when my biggest fears revolved around my weight, how I viewed myself and how others viewed me, I realize that what I was reacting to was more of a symptom of a problem than the actual problem. The actual problem reared its very ugly head years later when I found myself in the throes of alcohol addiction. Could it be possible that after years of struggling with my weight, conquering that issue with the help of weight loss surgery and developing a healthy lifestyle, I had simply transferred my addiction from food (as my elixir to soothe my pain) to alcohol? Had I won the battle only to uncover the true war?

How My Addictive Behavior Started

Looking back, I can see clearly that my problems with addictive behavior didn't happen overnight. The things I worried about as a teenager--fitting in, making friends, not standing out in the wrong ways--were the same issues that plagued me as a young adult--getting the right job, finding the right mate, hanging out at the cool places and being seen with the "in" crowd. The perfectionist within me wanted to get every single thing right. In fact not just right, but perfect. And when that didn't happen--say, when something was out of my control and didn't go my way -- I began self-medicating. In it's earliest stages, my self-medication was food. I would eat anything and everything, and I gained a lot of weight. I sometimes blamed my food and weight issues on the fact that I was always told as a child "clean your plate" and basically learned to eat anything and like it, but that was just an excuse.

My Real Issues Hit Me Like a Ton of Bricks

By now you're probably wondering, "Why all of this talk about childhood and weight issues? I thought this was supposed to be about addiction?" Well buckle up, here it comes. After taking matters into my own hands in my early 20s (it was that need to be in control thing again), I had weight loss surgery, lost more than 150 pounds and became the "beautiful on the outside to match the beautiful on the inside" young, vibrant, career professional that I knew I could be. And then I lived happily ever after, right? Not so much.

That was when it hit me. That was when I realized my life had changed forever. Not because of my weight loss, but because it was now physically impossible for me to self-medicate with food. If you know anything about gastric bypass weight loss surgery, you know that the surgically-treated stomach is reduced to roughly the size of an egg. Continuing to soothe my emotional needs with food was out of the question. But liquids...liquids might work. The doctor had said that liquids would go straight through. He had been cautioning me about the pitfalls of drinking high-calorie drinks and not feeling full, inhibiting weight loss. Little did he know that this basic principle about liquids after gastric bypass surgery would become the catalyst for my addiction transference. Drinking my sorrows away--the sorrows that were now a lot closer to the surface because I could no longer blame them on my being the fat girl--became my new addictive behavior. I became an alcoholic.

I needn't describe the downward spiral I experienced at that point in my life. You're welcome to use your imagination on that. Suffice it to say, every moment of comfort the alcohol provided—and there were MANY moments—was followed by weeks of fear and dread about how to fix what I might have broken (yes, blackouts were a regular occurrence that created a whole new layer of anxiety. To say that I wasn't always crystal clear is an understatement).

What I have learned in hindsight from this experience is that I needed tools. Tools to help me cope with my own overly-controlling and addictive behaviors and tendencies. Not the tendency to want to fit in or to excel and have friends. Rather, the tendency to need to control my entire environment. Time and life have taught me to change what I can and simply control my own reactions and expectations around everything else. For me, it is now about progress, not perfection. I'm learning to use mindfulness as a daily practice along the way. Looking in the mirror and asking myself why I am behaving the way I am is the first step. I have much gratitude for the professionals and friends who have given me the insight and space to be able to both recognize and work on this, and I'm grateful they are there to pick me up when I fall down--which happens a lot.

Brooke Lyn Harper has been a senior leader in the healthcare industry for over 15 years, specializing in healthcare compliance and privacy. Having overcome the life challenges of addiction and mental illness, her desire is to "pay it forward" by sharing her own experiences and expertise in hopes of touching others in an informative and engaging way.