Treating Addiction as a Chronic Disease

Treating Addiction as a Chronic Disease 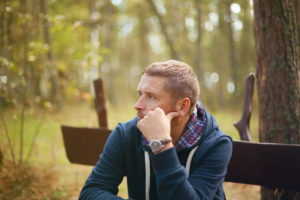 In November of last year, the US Surgeon General issued a ground-breaking report on addiction. It reiterated what many alcohol and drug abuse counselors believe: that addiction is a chronic illness and not a moral failure.

Nearly 21 million Americans were directly affected by drug or alcohol addiction last year, but just one in ten received treatment.

Needless to say, addiction is often misunderstood. The person abusing the substance often believes they can quit whenever they want to. Regretfully, this is a myth. Family and friends also often believe that addicts simply lack willpower and could really quit if they wanted to do so.

Addiction and the Brain

Though it's true that the initial decision to take drugs may be voluntary, repeated drug use can lead to brain changes that alter the chemical structure and inhibit self-control. Research has shown that drugs and alcohol can negatively affect the brain, often making it impossible to quit without professional and/or medical intervention.

Most drugs affect the brain's "reward center" by releasing the chemical dopamine that controls the body's ability to feel pleasure. Taking drugs that affect dopamine leads to temporary emotions of excitement and exhilaration. This motivates a person to repeat the behavior and creates a pleasurable "high" that encourages continuous use of the drug again and again, even though the action is destructive.

Over time, the brain adjusts to higher dopamine levels, forcing the person to take an increasing amount of the substance to reach the same euphoria. It is no longer about willpower; it is a matter of a chemical reaction in the brain that has become unmanageable.

As with most chronic diseases, addiction can be treated, but may never be completely cured. It's common for a person to relapse. In fact, the National Institute on Drug Abuse says 40-60% of alcoholics and addicts will experience a relapse. However, this does not mean that sobriety is altogether a lost cause.

Effective addiction treatment programs support patients in exploring and implementing methods to avoid relapse and ultimately to stop abusing drugs. Rehabilitation helps the addict focus on coping skills and making better choices while avoiding triggers and managing cravings. Interventions, cognitive behavioral therapy, medical treatments, and family support are just a few of the treatments used to break the cycle of addiction. Creating new habits and rewiring the brain develops new and healthy routines and behaviors. A strong social support network is essential to remain on track and serves to remind an individual why they dedicated themselves to recovery in the first place.

Addiction is a powerful and complex disease. Ultimately, recovery requires an individual to take responsibility for their actions, commit to on-going treatment and embrace a passion for a life without drug abuse. As US Surgeon General Murphy stated in his landmark report, "We must help everyone see that addiction is not a character flaw - it is a chronic illness that we must approach with the same skill and compassion with which we approach heart disease, diabetes, and cancer."