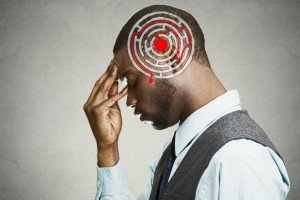 Although substance abuse is generally left for the medical field to discuss, there are multiple faces of the issue, arguably the most important being the political and social spheres. Substance abuse is one of the leading callouses that has left America with the biggest prison population in the world. Instead of having accessible or inexpensive treatment centers, it is decently difficult if not impossible for an individual without medical insurance to receive treatment.

These issues must be discussed in the public and political forums because legislation is the only way to establish a willful angle at tackling the greater issue. Incarceration may be looked at as an easy solution to getting substance abusers off the streets, but it costs tax payers a great deal of money and has been shown to be a vicious cycle of repeat offenders traveling in and out of prison multiple times for the rest of their lives.

Aside from the criminal aspects of substance abuse there is also the matter of 8.9 million American's suffering from both mental illness and substance abuse issues. Of this figure, only 7.4 percent will be treated for both conditions and more than half will not receive any treatment at all according to a report from the National Alliance for Mental Illness.

According to Ron Manderscheid, executive director of the National Association of County Behavioral Health and Developmental Disability Directors, two-thirds of all people who suffer from substance abuse also have a mental illness. Their abusive habits combined with an impaired mental state make for a dangerous formula that puts the public at risk in terms of safety and also hits their pocket books in the form of incarceration tax dollars. To add a concrete figure to the notion of taxes, it roughly costs $70,000 per year per inmate, which is almost double what the nation spends per K-12 student.

The superseding point appears to be that mental illness, substance abuse, prisons and the public are all cemented to one another whether they like it or not. There is no easy way to say that this is a personal problem due to the large social impacts that are at stake. In recent years mental health has begun to be put on the forefront of American policy due in part to a large amount of shootings in which the accused were found to be suffering from various mental illnesses. It is only when the public sees what mental illness can cause that they become aware of how serious the problem really is. Moreover, when their children or loved ones could be affected by someone who has not received treatment for mental illness or substance abuse the matter becomes personal and is finally taken seriously.

There is no easy or simple way to combat each of these problems seeing as they form a complex network of victims, society and politicians. In 1998 Supplemental Security Income disallowed for substance abuse to be classified as being a disability. This in turn stopped Medicaid checks from going out and thus substance abusers without insurance could not afford to receive help. President Obama has sought to change this trend by introducing the Affordable Care Act, which hopefully will allow for those with mental illnesses and substance abuse problems to get the treatment they need at an affordable rate.

What remains unknown is how many in the mental illness and substance abuse category actually seek out help on their own accord. 24 million Americans suffer with substance abuse problems but only an estimated 2.5 million Americans go into rehabilitation centers every year. The general population cannot help those who don't want to be helped, so it is quite possible that mandatory rehab stints should be implemented instead of sending criminal offenders to prison. Some of the responsibility must be placed on those who actually have the affliction, though this isn't to say that it is their fault, just more their duty to society to try to get better.

Incarceration is currently the sham remedy in dealing with this demographic but by no means is it a solution; merely a Band-Aid hiding the fact that there is serious turmoil going on. A clear point must be made that whether or not the majority of Americans suffer from mental illness and substance abuse they are affected in one way or another by its byproducts. Society is only as great as it "˜lowest' members and so to simply condemn them with bars instead of recovery is a chilling reality that must be curved by legislation and public sentiment. As stated earlier there is no easy fix but each faction of society must push forward together in order to come up with more cost efficient and effective solutions.

Chad Arias has a B.A. in journalism and is a contributor for theÂ Latino PostÂ andÂ Opposing Views. In his free time, Arias writes poetry, short stories and is currently working on a novel detailing his experiences with substance abuse. He is most interested on the philosophical and psychological aspects of the subject.