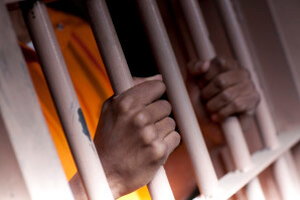 The dismal history of treatment for mental illness in the U.S. include write my research paper stoning them to death, burning them at the stake and locking them in cages to separate them from the rest of the population. These tactics are seldom fit for animals, yet they were applied stating that this is in the best interest of both them and others.

Historically, a diagnosis of mental illness was a sentence to ostracizing, minimizing and socially shutting out those afflicted. Prior to the 1800s, mental institutions were places of barbarism and torture. With the advent of psychiatry as a viable medical practice in the early 1900s, mental illness started to be discussed more often and treated with greater focus. Hospitals were more often the choice for housing mentally ill persons and were developed to be more humane throughout the century. As the numbers of mentally ill patients grew, the high costs of operating these hospitals began to wear on tax dollars and politicians began to seek less expensive ways to treat our mentally ill citizens.

During the 1970s through 1990s, hospitals were closed down due to high costs and low funding. The creation of housing options was rampant, but not sufficient to keep mentally ill people housed and cared for physically and medically. Today, most of the mentally ill persons in this country — as is the case worldwide — have become homeless. Increasingly, their illnesses have also led them to perform illegal acts.

Today, we have a high number of imprisoned persons who are incarcerated in state, county and municipal jails and prisons. The numbers are staggering, given the state of our current penal institutions and the overcrowded conditions that are bankrupting state, county and federal financial systems.

About 20 percent of those incarcerated in jails and 15 percent of those in state prisons have what is described as a serious mental illness (SMI). Serious mental illnesses include schizophrenia, schizo-affective disorder, bipolar disorder, major depression or brief psychotic disorder. Since many mentally ill persons use and abuse alcohol and drugs, these disorders are complicated by their abuse and/or dependence on those substances. This number reflects approximately 356,000 inmates nationwide, or ten times the number of persons being treated in state hospitals.

Not only are our jails and prisons being filled up with mentally ill offenders, those who are mentally ill are also more likely to remain in these settings much longer than those who do not have a mental illness diagnosis. As an example, one article found that New York Riker's Island Jail had an average length of stay of 42 days, which translated into 215 days for mentally ill inmates.

A Shortage of Mental Healthcare

A deputy in a Mississippi detention center who referred to his prisoners said, "They howl all night long. If you're not used to it, you end up crazy yourself." The story of the terrible things these prisoners do to themselves and others because of the lack of mental health treatment in prisons are horrifying and too real.

Lack of funding for treating the mentally ill is causing rising numbers of crimes everywhere. One state with a large problem is Virginia, where the state's largest mentally ill population resides in state prison; which houses 3 times more of them than do the state hospitals. Law enforcement officials once offered part of their budget to the mental health system to get proper care for the mentally ill in their custody.

Shortages of appropriate care and housing of mentally ill persons has led to numerous violent crimes, including homicides, rape and physical attacks resulting in serious injury for the victims.

Recommendations for treating the mentally ill who are imprisoned include housing in communities where their conditions can receive appropriate medical treatment and they can receive socially viable skills for living with their condition.

Other recommendations are to give them appropriate counseling and therapy to stop the high incidence of drug and alcohol abuse and dependence, to create programs that train and work with these individuals so that they may procure employment opportunities, and to increase knowledge and cooperation between law enforcement and mental health professionals to work with this population more effectively