TV Alcohol Ads and Its Impact on Teen Drinking

TV Alcohol Ads and Its Impact on Teen Drinking 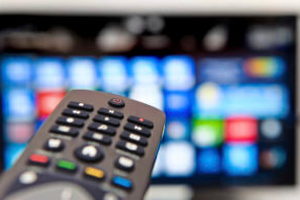 In October 2013,a CDC (Center for Disease Control) studyrevealed that alcohol is the most common drug used by young people and it is responsible for over 4,300 annual deaths among underage youth. Furthermore, data from theNational Institute on Alcohol Abuse and Alcoholism reportsthat by age 15, more than 50% of teens have had at least one drink and an estimated four out of five college students drink alcohol.

The results and consequences of underage drinking by minor children are absolutely horrifying, especially since these actions are largely preventable. Where are our youth viewing and how are they learning to emulate this destructive and deadly behavior?

In this media driven world, advertising is everywhere we look, every minute of every day. Alcoholic products are no exception. Television, pop up computer ads, advertisements on mobile devices, bill boards, sporting events"¦there is simply no way to avoid the onslaught of corporations trying to sell their intoxicating beverages.

The latest liquor ads are also intoxicating to our youth. These recent media vehicles associated with drinking alcohol focus on utilizing trendy music, enhancing romance, promoting the "coolness" factor and displaying fun entertainment occasions with liquor in the spotlight.

The celebrity actors featured in these branded commercials promote the message that drinking is for those individuals who are successful, confident and have a large social network.

Although beer commercials filmed around swimming pools or backyard barbeques are familiar, the latest entries to attract young drinkers spotlight superstars close to their age who are pushing hard liquor.

Although these popular celebrities cannot be shown to actually drink the beverage, it is clear that brands like "Hard Lemonade" and "Apple Orchard Hard Cider" are targeting a very young audience"¦not just with their ads, but with their labels, product names, promotions and packaging.

Make no mistake about it. These sexy and enticing new marketing programs are captivating the attention of our youth.

A portion of the adult population doubts the concept that television advertising can actually influence negative behavior. But now there can be no dispute.

The latest study, released in January 2015, found that television viewing habits have a powerful influence in kid's behavior.

This recent study published inJAMA Pediatricsstudied over 2,500 adolescents. The authors found evidence that:

But there is hope. There is always hope.

TheSurgeon General's reportsuggests that The greatest influence on young people's decisions to begin drinking is the world they live in, which includes their families, friends, schools, the larger community, and society as a whole.

AudreyBeim holds two advanced degrees from major universities, including a Master's Degree in Psychology. Shehas over 20 years of experience in the health, wellness, nutritional and fitness categories and has used her expertise to write articles for media outlets such as Linfield Media and Examiner.com.