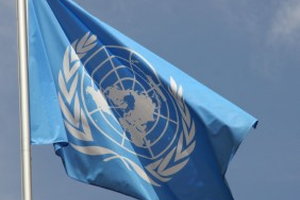 The United Nations Commission on Narcotic Drugs recently ended its 57th session. The UN member states met in Vienna, Austria, where they engaged in a week of heated discussion where, ultimately, eleven resolutions were adapted. Many of the these address issues such as addiction, recently created psychoactive substances, and the need for infrastructure to provide adequate treatment for drug addicts.

Prison Is Not the Answer

Yury Fedotov, who serves as Executive Director of the UN Office on Drugs and Crime, advocated for humanitarian treatment of drug addicts calling or alternatives to prison sentencing.

William R. Brownfield, who serves as Assistant Secretary of International Narcotics and Law Enforcement Affairs, also advocated for preventive measures over penalization, saying "Historic neuroscience advances prove addiction is a disease of the brain that can be prevented and treated. We must look at what drives individuals to use drugs before it begins, and expand access to treatment."

Adhering to the Plan of Action

In 2009, The Commission adopted the Political Declaration and Plan of Action, which had three primary goals:

Fedotov discussed the global communities successes and failures in terms of realizing those three goals and said that, globally, the cocaine market has diminished in size, the delivery of treatment is now more efficient, and in general terms, state-to-state cooperation is stronger.

Fedotov went on to acknowledge that there have been setbacks: Opium poppy farming has increased, particularly in Afghanistan, where it is said to have reached unprecedented levels last year; there are several new psychoactive substances that have been created, and there is an ever expanding market for synthetic stimulants.

A recurring theme over the course of the week long conference was finding sustainable, compassionate solutions to the many societal problems which stem from drug abuse. These ideas look marvelous on paper—but how will the UN set about actually realizing any of this? It behooves society to produce the infrastructure to minimize drug problems, and filling jails with non-violent criminals has, historically, done little to solve the underlying problems which lead to substance abuse patterns in the first place—never mind the injustice of any system which penalizes nonviolent criminals so severely.

Hopefully, the UN finds ways of effectively counteracting these issues. Making addiction treatment more universally accessible, especially to people with lower income, is imperative. There could be a case made for criminalizing softer drugs like marijuana, in the interest of minimizing the crime that results from the illegal drug trade. Whatever the long term solutions might be, it is encouraging is that the the U.N. is taking the position that society mustn't shun addicts, but should instead strive to help them.

Brandon Engel writes about everything from science fiction tropes, to classic cinema, to drugs. Drugs are of particular interest to Brandon, partially because of the politics surrounding them, and partially because he has experimented with them somewhat liberally. Although he has struggled with substance abuse in the past—alcoholism especially—Brandon is making an effort every day to stay clean and is eager to help others find peace within sobriety.