Uncovering the Secrets Behind Palcohol

Uncovering the Secrets Behind Palcohol 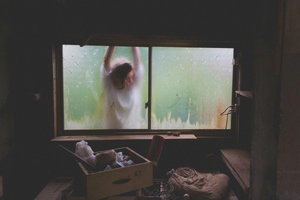 You might think you've seen it all when it comes to the varieties of alcohol, but a new product may be hitting the shelves in the near future that has some people concerned: Palcohol.

Palcohol is a powdered alcohol that will make it very convenient for drinkers to have alcohol handy no matter where they are. Don't want to carry a six pack in your backpack while hiking? No problem. Simply take some Palcohol packets and add them to your water. As a matter of fact, Mark Phillips, developer of the product, states that he created the product mainly to make it easier to enjoy some alcohol while camping, fishing, hiking, or enjoying other activities where you don't want to lug heavy bottles or cans around.

Palcohol is set to be released sometime in the fall, as it is awaiting label approval by The Alcohol and Tobacco Tax and Trade Bureau. Parents of teenagers are not thrilled to hear of the product, fearing that their adolescents will jump at the opportunity to get their hands on the new product. In fact, many fear that they will be smuggling it into schools because it will be so easy to get in via purses and backpacks.

Thus far, Palcohol will come in a few varieties such as vodka, rum, and four different cocktails: the Cosmopolitan, Powderita, Mojito, and Lemon Drop. Drinkers will be thrilled with the product, but others are outraged. Health and substance abuse professionals are concerned that the product will be yet another bad influence on society and especially those that struggle with alcoholism. Parents are concerned that their teens will be able to easily get the powdered alcohol at school and on the streets. They are also concerned that their teens will pour the substance into their food in order to catch a buzz or get drunk. Their worries are legit.

The National Council on Alcoholism and Drug Dependence states that alcohol is the most abused substance in America, with over 17 million men, women, and teens dependent upon the drug. This being said, the majority of the health community does not believe that America needs another form of alcohol to hit the shelves. In fact, most believe that the only thing that is needed is more preventative care and outreach for those who are caught in the grips of alcoholism.

Not only are some alarmed at the powdered product hitting the shelves, but others are concerned that users will snort the drug in order to try to get an immediate effect from the alcohol. Regarding Palcohol snorting, the official Palcohol website has this to say:

"Let's talk about the elephant in the room. Snorting Palcohol. Yes, you can snort it. And you'll get drunk almost instantly because the alcohol will be absorbed so quickly in your nose. Good idea? No. It will mess you up. Use Palcohol responsibly."

This comment has since been removed as many people complained about the way they handled the concern. Essentially, it gave those who didn't think they could snort Palcohol the idea that they certainly could. After some consideration, Palcohol developers mentioned that they would consider making the formula in such a way that it would cause a great deal of pain to snort it, making it less attractive.

Palcohol is not yet for sale in the United States, but founder Mark Phillips believes that it will go on the shelves sometime in late fall 2014. We can only hope that if it does, users will use the product responsibly just as they would any type of alcohol.