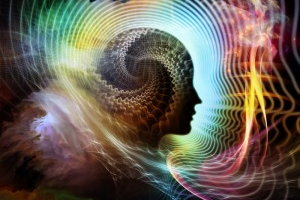 Usually we think of distraction as a pesky stumbling block preventing productivity. Conversely, planned and controlled distraction can be a helpful tool in reducing everyday stress.

Activities that engage the imagination are largely entertainment based. Books, music, and videos all take us out of our current situation and our mind is charged with the task of absorbing information from somewhere different. For many the more information provided by the distraction, the easier it is for the stressed person to become absorbed in the storyline. For that reason, video is more effective than literature or music. If one is reading and cannot focus on making the mental images necessary for reading to be a distraction, he or she may be more successful watching television or a movie.

Fictional stories are also more likely to help the stressed person escape in their minds than nonfictional stories. If one is more interested in nonfiction, stories that are not closely related to stressor are advised. For example, if one is stressed because she is about to go on a long plane ride, it is not the time to watch a documentary about the events of 9/11. A documentary on monarch butterflies would be a much better choice.

Many activities can challenge our minds, but to be effective in reducing stress they need to be at just the right level. If the activity is too difficult, it becomes a new stressor. If the activity is too easy, the mind will drift and begin thinking about the stressful situation. Common examples include: word games (crossword puzzles, Jumble, or word searches), board or card games, and utilizing social media.

Activities that challenge the body include any type of aerobic activity such as walking or biking, but also include other, more novel challenges. For example, one can attempt to separate their fingers between the middle and the ring fingers to make a V, a la Dr. Spock, or try bending the one finger at a time without bending the others. Provided you have some privacy, try giving yourself a field sobriety test. Walking in a straight line toe-to-heal requires mental focus. These types of trivial tricks take only a few moments and give the stressed out person something else to focus upon. For course going for a walk, yoga, and more traditional exercise works too, provided the person is not focused on their stress while engaging in the exercise.

Perhaps the most productive distraction is to engage in an alternative task. If the math homework is overwhelming, start the English homework. If traffic is going nowhere, stop at the supermarket and pick up dinner. The idea is to stop the stressful activity and start an activity that needed to be done anyway. The advantage of this type of distraction is you can be productive while reducing the stress.

Some distractions fall in multiple categories. A video game such as Wii or Xbox with Kinect would be an example of this. The game engages the imagination. Let's say the player is pretending to be a dancer at a nightclub. This allows the player to let go of their present situation and take a different person's situation which is anything but stressful. The game also engages the player mentally as he or she attempts to keep up with the instructions on how to dance. Finally, the game engages the physical body which attempts to do the steps in the correct order. The physical body is also challenged as the heart rate is increased and muscles are exercised. If the player is playing with their children, it could also be considered an alternative task as the parent is connecting with and entertaining their child.

Healthy distractions can take many different forms and what is helpful for one person can be destructive or addicting for someone else. When properly used, distraction can be an important part of a stress management plan.