Vicodin Changes from Schedule 3 to Schedule 2: What This Means

Vicodin Changes from Schedule 3 to Schedule 2: What This Means 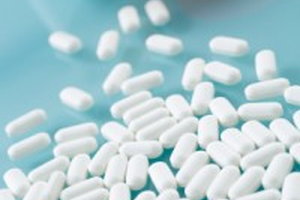 For many years physicians have been able to freely prescribe hydrocodone products, the most popular of which is Vicodin, as Schedule III medications. This changed in September 2014 when the Drug Enforcement Agency (DEA) made a final ruling that changed the popular narcotic from Schedule III to Schedule II.

What Does It Do?

This distinction prevents doctors from renewing prescriptions for patients without seeing them, a frequent practice that allows patients to continue taking these highly addictive medications without verifying their condition with a doctor's visit. There are several other changes to note.

Prescriptions could previously be issued for up to 180 days of medication under the Schedule III rating. Now they are limited to 30 days, with possible increase to cover 3 times that prescription, or 90 days.

Other regulations are increased regarding how pharmacies both order and dispense these medications. There are more stringent guidelines enforced about purchasing, storing and labeling hydrocodone products. These are similar to those already in place for other Schedule II narcotics.

How It Affects You

The way this impacts patients is the reason this ruling took so many years for the DEA to implement. Popular because of the ease for which these medications can be prescribed, used and obtained, many insurance companies have fought this change because it requires many more visits with already over-burdened physicians. Patients will visit each time they need a prescription. Many physicians would see these same patients only once or twice a year, and will now be required to increase those visits nearly 3 times more often.

This increases the workload on a healthcare system that is challenged to perform optimally. The extra work imposed on drug manufacturers to package these drugs differently, to ship them according to the more stringent guidelines, and to charge higher fees for this extra work may make these highly-profitable medications drop in frequency of use. Pharmacists will be required to go to extra lengths when handling and packaging these prescriptions.

Reasons Behind the Change

One big reason for the ruling being made is the highly addictive properties of these medications. Seen as problematic is the ease for obtaining and continuing to receive these medications. They are widely available on the street because they are so often overprescribed and uncontrolled. Patients may receive prescriptions for many times the dose they require and black market sales of Vicodin are higher than for any other prescription medication.

Because the US now has higher incidence of death due to overdose of prescription pain medications than traffic accidents, all eyes are on the causal factor of allowing large quantities of these medications to be available with such informal forms of control. Those states where overdose deaths are highest have supported this legislation for many years. Other narcotic pain medications have been regulated at Schedule II level. Hydrocodone is the last of these prescribed medications to be rated at the higher level of control.

Because the amount of a prescription was often high in the past, many believed that a great deal of the street availability of hydrocodone medications was due to overage (left-overs) of medications prescribed for one-time or short-term use. If a patient had a surgical, dental or injury need for pain relief, hydrocodone was the most often used medication. Patients may have used part of the prescription and stored the remainder, which made it easy for it to be stolen for sale or personal use by others, frequently teens. This is a big factor stated in the increasing high numbers of deaths by overdose in teens. Stealing the prescriptions from medicine cabinets at home became popular with teens in the late 1990s. Use of hydrocodone medications was seeing increased popularity at the same time. The number of patients being prescribed hydrocodone drugs in 2013 was approximately 137 million.

This change in status for hydrocodone medication was given 45 days to be implemented, allowing doctors, patients, pharmacists and drug manufacturers the opportunity to implement necessary changes in how they process and package these medications. Expected date for implementation is early October, 2014.