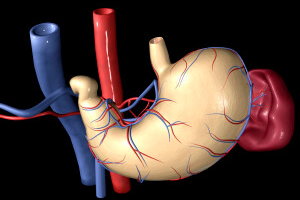 Gastric bypass (GB) surgery is the most common type of weight loss surgery in the U.S., attracting about 200,000 people per year. Also called Roux-en-Y bypass surgery or stomach stapling, the procedure appears more effective than other weight loss surgeries, resulting in about 50 to 80 percent weight loss in the period following surgery. It's reserved for people whose weight affects their health and who have exhausted most other weight loss methods. However, growing evidence claims that it's capable of turning social drinkers into hard core boozers.

What is Gastric Bypass Surgery?

GB surgery effectively shrinks the stomach to about 10 percent its former size and enables food to bypass a section of the small intestine. In this way, less food and calories are ingested. Stomach banding, on the other hand, is about surgically placing a flexible band around the stomach to decrease the amount of food it can carry.

In a study conducted at the Medical Center of the University of Pittsburgh in June 2012, about 2000 participants from 10 U.S. centers were grilled about their drinking habits a year before they underwent various types of weight loss surgery. Of the GB bypass patients in the study, 7 percent reported excessive alcohol use before surgery. However, two years afterward, the figure had risen to 11 percent. But the figure remained constant for stomach banding patients. The 5 percent who drank heavily before surgery were the same who did so after surgery.

These findings were backed up by a study of the Obesity Nutrition Research Center in New York in October 2012. The study focused on 100 patients who'd received GB surgery and a further 55 who underwent stomach banding. All patients' drinking and eating habits were assessed prior to surgery and then every three months post-surgery for two years. The study discovered significant incremental rises in alcohol use specifically among those who'd undergone GB surgery.

A further study in Sweden which monitored 12,000 patients over 25 years, found that GB patients were twice more liable to seek alcohol addiction therapy than those who received the stomach band, and other forms of obesity surgery.

Some patients who drank moderately prior to GB surgery, found themselves with a drinking problem soon after surgery. Health experts put this down to physical or emotional issues, or both.

Physically, sensitivity to alcohol may be connected to how alcohol is metabolized in the body after GB surgery. The stomach contains enzymes which would normally breakdown the alcohol but because patients have very little stomach after GB, the alcohol reaches the intestines quickly and virtually in concentrated form. This makes for a short high even with little alcohol ingested. But the process is too quick to be satisfying so increasingly more drinking occurs. In one study, researchers had GB patients consume a glass of wine and then measured their blood alcohol content (BAC) every 5 minutes. They found that these patients' BAC peaked at a higher level than those with regular stomachs, and it took them much longer to become sober again.

Other health experts say the increased ingestion of alcohol after GB surgery is caused by "addiction swapping."They contend that the obesity was caused by addiction to food in the first place. So once the capacity to eat too much food is reduced, patients take on a substitute addiction alcohol. Addictive behavior, they say, is the patients' usual response to emotional signals like anxiety and depression. So while the surgery took care of their outer body issues, it did nothing about the inner issues which still propel the addiction. This may explain why some social drinkers become alcoholics after the surgery. While patients appear to be evaluated psychologically before surgery there's apparently no clear follow-up procedure afterward.

The controversy around GB surgery does not mean that everyone who has the procedure will become an alcoholic. And there's no campaign for it to be discontinued seeing that its health benefits are considerable. It has helped high obesity sufferers improve their body image and ward off extreme weight-related problems such as diabetes, heart disease, and stroke, and therefore stave off early death. But if these benefits are not to be derailed by alcoholism, some revisions could be made in the way people are screened for emotional problems before surgery, and in the follow-up procedures afterward. But the best protection is to cut out alcohol altogether after surgery, or to opt for banding surgery, which hasn't been linked to heightened alcohol sensitivity, and it still results in significant weight loss.