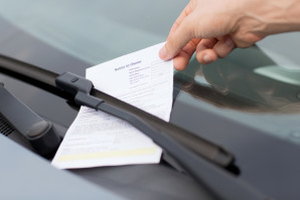 When a drunk driver plowed through a dense crowd of music lovers at the South by Southwest (SXSW) festival in March, horror rippled through the festival community and spread to the Austin community at large. When all was said and done, four people died because of that one drunk driver and many others sustained serious injuries. The road had been closed to vehicular traffic, but roadblocks and police officers didn't stop the 21-year-old driver from steering toward the pedestrian crowd and accelerating. The tragedy cast a shadow over the remaining days of the festival and not just because of this one incident.

The SXSW tragedy was a wake up call for many in the city of Austin, especially those in the music community. Known for being the "live music capital of the world," Austin's music clubs, many of which stand side by side, have live music performances most nights of the week. The drinks are cheap and drinking is a warmly embraced component of the live music scene in Austin. The biggest problem, aside from the addiction that can occur within a drinking-friendly subculture, is the lack of safe transportation options that can serve as an alternative to driving under the influence.

Like many midsize cities, Austin has taxi companies, pedicabs, and even a small train system. While none of these options are ideal yet for conveniently ferrying intoxicated individuals safely home, one of the bigger deterrents for those who drive into town to drink are the parking ticket fees for leaving a car downtown overnight. Many parking meter machines in town will allow drivers to buy time for the next day if they plan to leave their car after drinking. Since enforcement of parking meters doesn't begin until 8 a.m. on weekdays and 11 a.m. on Saturdays, drivers might be able to get back to their cars the next morning before they receive a ticket. However, despite these accommodations, drivers who make the responsible choice and take another method of transportation home after drinking, often return to their cars to find hefty tickets waiting for them on their windshields.

To remedy this problem, the city of Austin is now allowing drivers who made the right choice to bring a receipt or ticket stub proving they took alternative transportation home to the Department of Transportation. The parking ticket fee will be waived if drivers bring in this proof. This is an approach many other cities could learn from – encouraging and giving incentives to drunk drivers to act responsibly will not only enhance the overall quality of life in any given city, but it will prevent serious injuries and fatalities, as well.

Of course, the city of Austin could still learn a few things from other cities on this topic. The buses and trains currently stop running before bars let out, leaving those who stay until last call short on options. The buses don't run as often as they do in other cities and, for many people, the few stops on the train line are nowhere near where they need to be. Taxis and car services, although they exist in Austin, often have to be called rather than flagged down – especially if a potential patron is anywhere outside of the immediate downtown area. Nonetheless, the fee-forgiveness program is certainly a step in the right direction.