What is Mojo? The Growing Popularity Behind This Synthetic Drug

What is Mojo? The Growing Popularity Behind This Synthetic Drug 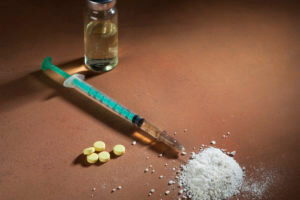 A relatively new drug trend is skyrocketing among teenagers these days and its name is "mojo." Mojo, as the kids call it, or more commonly heard as synthetic marijuana, is an artificial chemical drug structured similarly to THC, the active ingredient found in pot, that when sprayed on herbs can be smoked and mimics the effects of marijuana. The reason for its surge of popularity among adolescents is due to the fact that it's easy to get ahold of and it avoids the complications of the law. Synthetic cannabis can be purchased in local head shops or obtained online and is often marketed as incense or under brand names like Spice or K2. In addition, it doesn't yield a positive drug test result.

"So if it's technically legal, what's the big deal?" is a question that's constantly asked among the adolescent population in drug rehabilitation. Well in recent years, the Drug Enforcement Administration (DEA) has deemed it a, "drug of concern" (1) due to the fact that it's causing a flood of emergency room visits and calls to poison control centers. "Adverse health affects associated with its use include seizures, hallucination, paranoid behavior, agitation, anxiety, nausea, vomiting, racing heartbeat, and elevated blood pressure (2). In essence, it's far more dangerous than regular marijuana because it's artificially created rather than coming from a natural plant source like it was originally thought to and therefore its side effects are far more severe. It can easily be compared to other legal synthetic drugs like bath salts that are also known to induce states of disturbing psychosis and are not FDA approved (3). As a recovery support specialist, examples of behavior observed firsthand from our adolescent clients going through withdrawal from mojo include violent shaking, ghostly white complexion, fever, nausea, psychotic episodes, rage, and or hallucinations believing that they were Jesus Christ resurrected. "Psychiatrists have suggested that the lack of an antipsychotic chemical, similar to cannabidiol found in natural cannabis, may make synthetic cannabis more likely to induce psychosis than natural cannabis" (4). This drug can yield especially dangerous results for individuals with a preexisting history of mental illness as these, "dramatic psychotic states induced by use have been reported to last for weeks (5).

Various states have been working feverishly to ban the sale of the substance and there are national efforts at work to gain control of the matter because it's becoming readily apparent that this mood-altering drug is quickly becoming a risk to our youth. The scariest part of the epidemic however, is the blind eye adolescents seem to be turning to the reality of its danger. They want what they can get their hands on easily, it makes them feel high, and it avoids the law. Most of them don't even view it as a real drug but rather a "fake" drug so therefore they see no real risk. It's gotten to the point where the vast majority of our admitted adolescent clients to our rehabilitation facility are there for synthetic cannabis use and due to the overwhelming numbers on our wait list for admittance, the trend doesn't appear to be slowing down anytime soon.

M.Â Lujan has a Bachelor of Science degree in Psychology from Tulane University. She now works with adolescents in drug rehabilitation centers providing recovery support and teaching life skills.