What is Sugar Alcohol?

What is Sugar Alcohol? 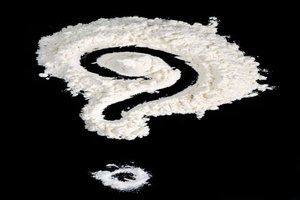 Sugar alcohol is so-called because chemically, it's a cross between sugar and alcohol. Other than that, there's little to link it to either substance. It doesn't cause quick blood sugar spikes and it doesn't make you drunk. It has not been linked to cancer, liver deterioration or any other life-threatening disease. It's considered a safe and non-toxic sugar substitute in many processed foods, including diet and diabetic foods.

Sugar alcohol is granular and white like sugar and is used as a sugar alternative in "sugar free" or low sugar edibles such as chewing gum, jam, sweets, baked goods, soft drinks and protein bars. It's also found in mouthwash, toothpaste and medicinal products such as cough medicine. Legally, it has to be contained on the labels of these products as a carbohydrate or sugar alcohol. The most common sugar alcohols are: Erythritol, Lactitol, Maltitol, Sorbitol, Mannitol, Isomalt and Xylitol. They are generally extracted from corn starch, sugar or plants.

Sugar alcohols are prevalent in foods for diabetics because diabetics need to ensure that their blood sugar levels remain normal. They're also found in many diet foods because they don't interfere much with the fat burning process and have far fewer calories than sugar. On the other hand, the body absorbs sugar quickly. When you eat something with plenty of sugar, the body uses lots of insulin to convert it to energy and get it into the cells. This leads to yoyo blood sugar levels and fat accumulation.

Another plus is that sugar alcohols such as Xylitol don't contribute to tooth decay as sugar does; that's why they are popular in chewing gum and some candies. Xylitol is also believed to be able to limit middle ear infections in children.

The parts of the sugar alcohol not fully absorbed in the blood stream may ferment in the intestines if you over eat them, resulting in gas, diarrhea, stomach cramping, bloating and other gastrointestinal problems. You may experience this feeling, for instance, if you chew piece after piece of sugar free chewing gum all day long. Some diabetics have reported experiencing a surge in their blood sugar levels after overeating the alcohols. Others have reported abdominal complications from eating only small amounts at a time. It's because of these complications that manufacturers of gum, mints and other "sugar free" products that people may binge on are required by law to state on their labels that overconsumption may have laxative consequences. Binging may also lead to weight gain because it may obstruct the absorption of the fat of other foods. However, Erythritol, as it is totally absorbed, doesn't cause laxative and other negative consequences and neither does it spike blood sugar and insulin levels. Consequently, the use of Erythritol is on the rise.

Recovering alcoholics who may not have had a taste for sweet foods before going sober, may suddenly find themselves with a sugar addiction. So in times of stress or loneliness, they might reach out repeatedly for cake, a box of chocolates, or a king-size soda, much as they did with alcohol before sobriety. They may even turn to sugar alcohol as a healthy alternative.

But recovering alcoholics can do without processed sugar alternatives. They need healthier long term solutions to their cravings. With time, they can adjust to getting their sugar from fruit especially those low in sugar such as apples, pears, grapefruit, strawberries and other berry alternatives. An all-round healthy diet rich in protein and fiber such as veggies, lean meats, grains and nuts, will help keep blood sugar levels and sugar cravings in check because they are slow to digest.