What Is "Under the Influence" of Drugs?

What Is "Under the Influence" of Drugs? 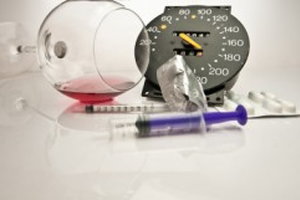 According to an article on the National Institute on Drug Abuse (NIDA) website, laws governing a nationwide standard measure for driving a vehicle or operating equipment under the influence of various drugs are needed. While there are legal limits for alcohol consumption, there is no such regularity in determining impairment for those who use drugs, whether recreationally or by prescription.

This lack of consistency includes all drugs, from marijuana to prescription medications to heroin and more insidious and behavioral/mood altering drugs. This may be due to difficulty in measuring impairment with various drugs and the timeliness of obtaining test results. While blood alcohol content (BAC) is easily measured, tests for drugs are lengthier to determine, as well as more costly. Given even that, there are few states where legal limits have been determined or set.

Across the country, there are statistics available for driving while drugged revealing an increasing problem. Studies done with drivers involved in crashes, fatal accidents, or reckless driving show (in a hospital in Maryland) that of those admitted as crash victims, 34% tested positive for drugs, while 16% for alcohol and 9.9% for both. Of this group, 50% were under 18 years of age. Another study showed that 4-14% of drivers injured or killed in traffic collisions, in various locales, tested positive for THC, an active ingredient in marijuana.

Due to the risks involved for all passengers, or others driving, on the roads with those driving under the influence of drugs, we must find a measure of what is and is not legal. This standard is necessary to determine what is criminal versus what is safe. The following is an excerpt from the National Highway Traffic Safety Administration (NHTSA) showing how arbitrary and inconsistent the regulations are from state to state.

Alabama: (3) A person should not drive or be in actual phisical control of any vehicle while...under the influence of a controlled substance to a degree which renders him incapable of safely driving

Arizona: A. It is unlawful for a person to drive or be in actual physical control of a vehicle in this state under any of the following circumstances: 3. While there is any drug defined in § 13-3401 or its metabolite in the person's body

Arkansas: (2) "Intoxicated" means influenced or affected by the ingestion of … a controlled substance, any intoxicant, or any combination thereof, to such a degree that the driver's reactions, motor skills, and judgment are substantially altered and the driver, therefore, constitutes a clear and substantial danger of physical injury or death to himself and other motorists or pedestrians. (1) (A)"Controlled substance" means any drug, substance, or immediate precursor in Schedules I through VI (very extensive listing).

Colorado: (a) It is a misdemeanor for any person who is under the influence of…one (b) or more drugs…to drive any vehicle in this state

Very few of these examples mention amounts of drug in the system, while others are well-known to be places where little prosecution may be performed, due to the language of the laws in existence.