What Marijuana Does to the Casual Smoker

What Marijuana Does to the Casual Smoker 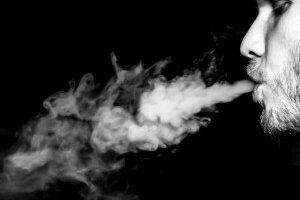 One can Google "the harmful effects of marijuana" and find a number of sites reporting marijuana smokers are at risk for lung cancer due the drug's properties or that marijuana smokers smoke unfiltered cigarettes. This research is rightly criticized for having small sample sizes or other methodological problems. However, a large study followed 5115 men and women who were casual users of marijuana (average of one joint daily) for 20 years. Using a sophisticated analysis that accounted for tobacco use and other potential confounding variables the researchers were unable to find any association between casual marijuana use and impaired pulmonary functioning (Pletcher, Vittinghoff, Kalhan et al., 2102).

The National Institute of Health (NIH, 2014) reports that there may be some mild irritation or respiratory distress and an increased risk of lung infection as a result of smoking marijuana, but as of yet there is no research tying marijuana into lung cancer. Chen, Chen, Braverman et al. (2008) made a case that marijuana smokers have a reduced risk of lung cancer due less tobacco use. So any link between decreased lung functioning and casual marijuana use appears not to be strong.

The NIH (2014) reports that smoking marijuana can increase one's heart rate between 20 and 100% for up to three hours. This could increase the risk of heart attack in susceptible individuals.

In the most comprehensive research review to date regarding marijuana usage and cardiovascular health Thomas, Kloner, and Rezkalla (2014) presented a number of studies that link the use of marijuana to increased risk for heart attack, stroke, arteriosclerosis, and several other cardiovascular conditions. However, there is no designation as to the amount of marijuana being used by the subjects of these studies and even the authors of this review recommended more research to determine any causal mechanisms. Moreover, a risk factor is not a direct cause. Risk factors interact with other factors in order to increase the probability of a certain outcome; they themselves cannot be considered direct causes.

There is been quite a bit of research looking at how marijuana use alters the brain. The results of these studies are mixed. The first thing to understand is that any experience you have alters your brain. Your brain is being altered as you read this article. The dilemma is to try and understand if certain types of experiences alter the brain in a detrimental manner. The NIH (2014) reports that there are no studies that link casual marijuana use to altered brain functioning in adults; thus, research has focused on children and young adults.

Perhaps one of the most publicized of recent studies came from Gilman, Kuster, and Lee (2014) who performed neuroimaging studies on 20 young adults between the age of 18 and 25 who used marijuana at least once a week. Compared to a matched group of young adults the marijuana users were found to have abnormalities in the brain structures known as the amygdala (involved in emotional processing and memory) and the nucleus accumbens (involved in various aspects of reward behaviors and movement).

However, marijuana use in the study varied greatly with some of the participants smoking as many as 20 joints weekly. Secondly, there was much higher alcohol use among the marijuana group. Third, the researchers ran hundreds of statistical tests without controlling for the potential to find significant results due to chance. Finally, the study suffers from the correlation cannot infer causation issue. The study simply reports an association between variables; it cannot demonstrate that the presence of one variable causes the other. Thus, due to the small sample size and the other issues with this study, this type of study would have to be repeated over and over before any meaningful results could be gleaned.

At this time, the research tying casual marijuana use with pulmonary issues and neurological issues is inconclusive. There is evidence to suggest that even casual use of marijuana may be a risk factor for cardiovascular issues; however, a risk factor is not necessarily a direct cause. The bottom line to take from these studies is that there does appear to be some potential risks with casual marijuana use; however, the research is not clear on the severity or types of physical health risks associated with casual use of marijuana.