What You Can Learn From LSD Use In Silicon Valley

What You Can Learn From LSD Use In Silicon Valley 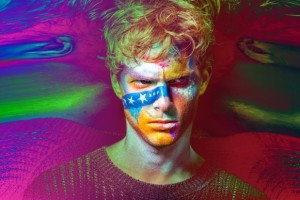 If you think a Silicon Valley entrepreneur isn't the type of person who might experiment with drugs, or even use something as severe as LSD on a semi-regular basis, think again. According to a recent article in CNN Money, LSD has become a bit of an innovation tool within Silicon Valley. Sources cited within the article--some of them as recognizable as Tim Ferriss--go on the record backing up the assertion that some of Silicon Valley's leading thinkers are using LSD at least a few times a year as a way to harness groundbreaking ideas.

But LSD is not a "soft" drug. Some of the negative side effects of LSD use include panic attacks, psychosis, flashbacks, and even uterine contractions. The possibility of LSD-induced psychosis is of particular concern for many people, and rightfully so, in the wrong situation, a bout of this type of psychosis can turn any person into a dangerous person. So what can a person who doesn't want to use LSD learn from the entrepreneurs in Silicon Valley who are using? What are some of the take-home lessons supposedly gained from an acid trip and are they accessible to people who aren't using?

I think so. Pulling from many great minds who have utilized LSD as a means to an innovative end, here are some positive LSD-inspired mantras that very well might awaken new creative juices within your brain without the LSD.

Finding The Core Of The Issue

Whether you're looking for a breakthrough in business, hobby, or something else, it's not always easy to see the driving engine behind the issues you're facing. Many people who take LSD talk about being able to understand what's behind an issue more clearly. Once you can identify the core of any given issue, you can address it. Spend time by yourself without any distractions and make a point to mentally peel away the layers of your current issue. Be careful to pay attention to thoughts that make you instinctively react emotionally as these thoughts might be part of the core problem you're facing.

Looking At All Angles

One important key to innovation is that it stems from a need, even if the need is not yet recognized by others. To uncover needs and potential needs, prep your mind to ask new questions about the topic at hand. Thinking differently is easier said than done, of course. A mental exercise that can help you to think differently is to visualize the topic. Once you have a visualization conjured in your mind, abstract as it might seem, walk around the visualization and examine it from all angles. Take a step back. Hunt down the questions that don't seem obvious and see what you come up with.

Seeing Through A Lens Of Connectivity

An acid trip can famously make people feel more connected. People might feel more connected with one another, with their pets, with their plants, or with their curtains. LSD has a way of making people see commonalities in terms of molecules; it has a way of making people see what brings everything together rather than what sets everything apart. There's innovation to be gained when seeing through this lens of connectivity. When everything seems connected, nothing is off limits. Practice meditation techniques that draw your focus toward the commonalities you share with everyone and everything and see where your subsequent brainstorming session takes you.