What You Need to Know About Flakka

What You Need to Know About Flakka 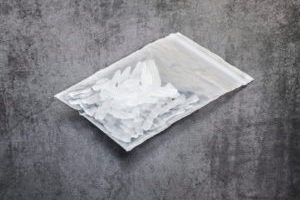 Alpha-PVP or flakka, as it is known by its street name, is a chemical relative to MDPV or "bath salts," which has been illegal in the United States since 2011. The United States Drug Enforcement Administration has put a temporary ban on flakka since 2014 and it is believed that this ban will become permanent [1]. However, flakka is so potent and is extremely inexpensive (as low as five dollars per dose) that its use has grown in certain parts of the country. Recent research using established animal models of addiction have been performed to determine the addiction potential of flakka.

These animal models typically use rodents who are trained to press a lever to intravenously infuse small doses of the drug. Initially, a small number of lever presses are required for the rodent to get the drug and then the number of lever presses to receive another dose is gradually increased [2]. The research found that this particular drug was so addictive that the animals would press the lever hundreds of times to receive a single dose of this drug. Its addiction potential was almost identical to MDPV [1], another highly addictive drug recently banned by the DEA.

In addition, flakka administration boosted the physical activity of the rodents and drastically disrupted their body temperature, which are classic physical signs of stimulant use. The research indicates that flakka is one of the worst ever drugs on the market in terms of its physical addiction potential and rodents in laboratory conditions demonstrated much higher drug-seeking lever pressing to obtain flakka in rodents than other addiction trials did for crystal meth [1].

Like most abused stimulant drugs, individuals who initially use the drug and binge on it are at a much higher risk to develop addiction than do individuals who initially use the drug and are able to use just occasionally. However, as these designer drugs increase in their potency, it's believed that their addiction potential also increases [1]. For instance, rodents in the laboratory trials that did not gradually increase their intake of the drug instead binged on as much as they could get during the initial sessions and demonstrated higher levels of addictive behavior (the tendency to press the lever for longer periods of time in order to get a single dose) than rodents that increase their usage gradually [1].

The issue with drugs like bath salts and flakka is that these drugs are not made in garages any longer but instead come from sophisticated chemistry labs that produce a particular drug and several different analogues of the drug. Once one particular drug gets banned, the manufacturers are able to release another one that is slightly chemically different, but just as potentially dangerous. Recent actions of individuals taking flakka and having hallucinations indicate that the drug is not only dangerous for the user, but potentially dangerous for individuals that interact with heavy users of the drug [3].

[3]. Palm Beach County's newest drug flakka being called "one of the worst roads ever." http://palmbeachhealthbeat.blog.palmbeachpost.com/2015/05/18/palm-beach-countys-newest-drug-flakka-being-called-one-of-the-worst-drugs-ever/