What You Should Know about Powdered Alcohol

What You Should Know about Powdered Alcohol 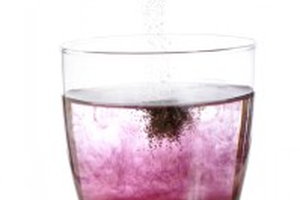 Palcohol, a new brand of powdered alcohol which comes in packets (much like Kool-Aid or Emergen-C), has been generating a lot of hype recently. The new substance first made headlines last month when it was reported that regulators from the Alcohol and Tobacco Tax and Trade Bureau approved the product's labels. The agency later rescinded those approvals, but it's anticipated that Palcohol could hit the market as early as next year, nevertheless.

Regulators are insisting now that they pinpoint both the amount of powder and the precise volume of alcohol that's contained within each packet. The labels will have to be resubmitted for approval, and the regulators insist that their concern is providing consumers with as much information as possible to help prevent overconsumption.

Palcohol will reportedly be available in flavors such as margarita and cosmopolitan. Each packet contains a powder which can be mixed with water. Some experts have voiced concern that the sweet flavors and packaging might attract children.

The issue calls to mind several other headlines from recent years, such as the crack-down on Four Loko, a brand of alcoholic energy drinks which raised the concern of many public health officials. Not only did Four Loko contain high alcoholic content, but it could also be easily concealed by because it looked like an energy drink. The name Four Loko was itself a reference to the beverage's four main ingredients: alcohol, taurine, guarana, and caffeine. Four Loko was ultimately banned in several states, and Phusion Projects, the Chicago-based company which introduced the beverage, later reintroduced the drink without the caffeine, taurine, or guarana.

The concern was that young people could acquire the drink easily, consume it inconspicuously because it resembled energy drinks, and would consume too much because they didn't recognize the potency of the drink until they had imbibed too much. Those same concerns apply to Palcohol.

What makes Palcohol even more concerning, however, is that it's even easier to conceal and even easier to transport, with each packet reportedly weighing about an ounce.

Increased portability could also mean more reckless behavior in public, especially drunk driving incidents. No more sneaking flasks into night clubs—you'd have a potent alcohol powder ready to go in your pocket. It's also not clear at this point how dilution and the amount of water mixed with the powder, will affect the overall potency of the drink. Unpredictable potency, and users not knowing the proper amount of water to mix, presents its own set of potential problems. Judging from the patents, the powdered alcohol can contain anywhere from 30 to 60 percent ethanol, which is virtually double the ethanol found in a single can of beer.

Another concern is that because the substance is a powder, it can be easily snorted like cocaine. Snorting alcohol would deliver it directly to the brain via the sinuses and would induce an immediate high.

Mark Phillips, the creator of Palcohol, reported to CBS that he believes that Palcohol is every bit as safe as standard alcohol. Phillips said that the substance was ideal for outdoors enthusiasts—hikers specifically—because of its lightweight and portability.

Will the advantages and conveniences of weekend warriors outweigh the potential health risk this new substance poses? That remains to be seen. What can be inferred, however, is that individuals should exercise restraint and caution when experimenting with this new substance, provided that it hits the market soon as planned. Hopefully, regulators will be able to at least ensure that consumers can make informed decisions about how they consume powdered alcohol by knowing what the risks are.