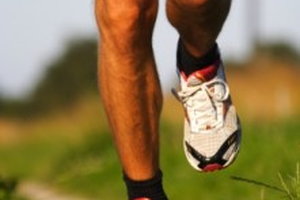 October 10, 1981, was a crisp bright fall day at Penn State University. I was a sophomore, deep into exercise anorexia and bulimia. My normal daily routine was to run eight to ten miles in the morning. Repeat in the evening. Then scarf down a large pizza and two-pound bag of peanut M&M's after my evening run. I would then head straight to the toilet for the purge. The normal camouflage from my roommate was turning on both the shower and faucets. Repeat daily. My exercise had started innocently enough trying to drop weight, which in my mind equated with social acceptance. Trying to change a distorted mirror image born of fat shaming and bullying as a child. It morphed into a dangerous eating disorder. Exercise anorexia. Some days, between the miles and the purge, I was so weak and nutrient depleted, I could not get out of bed to go to class. Studying had become an afterthought to my obsessive exercise routine regardless.

That particular day I would take the obsession to a new extreme. I would try my longest run ever. It was not adding on a few miles to maybe run a marathon. Maybe running some track sprints to get my mile time down. It was not a sane thought process. I would try to run from State College, Pennsylvania to Altoona Pennsylvania. Fifty-miles each direction. My mind told me I could do it. Of course I had no chance. My exercise obsession had replaced all rational though. It was no longer about health. It was about punishment myself for my inability to fit in. For being a bullied, fat shamed child. A run into the abyss of an eating disorder and developing body dysmorphic disorder.

I was about 17 miles out when I finally allowed some rational thought into my mind. I was not going to make it. I turned around and walk-ran the seventeen miles back. It as dark when I finally got back to my dorm. Did I acknowledge the foolhardiness of the attempt? Nope. I told myself that I needed to run fifteen miles in the morning and fifteen more in the evening for a while I would then try again. My mind could not process the craziness of it all because the eating disorder and the obsession to be something I would never accomplish through changing my body had taken over.

I never attempted the Altoona run again but my running obsession did not end. I routinely ran over 100 miles a week while continuing to engage in extreme eating behaviors. Later would come the steroids and gym addiction. The end result? A damaged heart. A needed hip replacement. Two bad knees. Too much of most good thing can be dangerous. When someone is looking for replacements for eating disorders and addictions, there is often as in my case the danger that something that start out as good habits designed to replace unhealthy ones can be taken to a level almost as destructive as the addiction. Healthy, moderate exercise is great and life prolonging. Obsession with it is dangerous and life, body, and mind damaging. Which are you?

Brian Cuban is a an author who recently released his first book Shattered Image, chronicling his first-hand experiences living with, and recovering from eating disorders and body dysmorphia disorder (BDD), which rose to the #1 spot on Amazon.com in the eating disorder category. Based in Dallas, TX, Cuban is also the segment host for "Brian Cuban's Legal Briefs" on EyeOpenerTV, and founder of his blog, The Cuban Revolution. Additionally Cuban is a lawyer and activist specializing in 1st Amendment issues and hate speech and has lectured on the topic in major media outlets and conferences around the world. For more information, visit www.briancuban.com