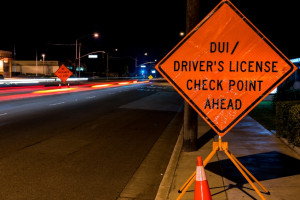 Anyone who has had a few drinks and gets behind the wheel of a motor vehicle is an idiot. Yet, many drinkers do just that. Fortunately for everyone on the road, many of them don't get into an accident. Unfortunately for the drunk drivers, most will not get arrested. However, drunk driving arrest can be the all-important wakeup call a person needs, especially for the driver who habitually drives drunk.

I was one of those "fortunate" few who did get arrested. It wasn't pretty. Luckily, no one else was hurt, although I did suffer a few broken ribs. But believe me, it could have been much worse. I was driving with my fourteen-year-old daughter in the car and the guilt I suffered from my transgression was unbearable. I could not face the legal consequences of my actions alone so I hired a lawyer who was an old acquaintance to see me through the ordeal. Whether he got me a lesser penalty or not was besides the point. He helped me when I needed his help.

The court suspended my driver's license except for limited trips to and from work and court-ordered meetings. They also charged me a fine and sentenced me to attend a government-sponsored program to educate me on the terrible consequences of driving under the influence. In California, such programs are referred to as "drunk school" and include group therapy sessions as well as instructive lectures and videos on the subject. Attendance at a number of Alcoholics Anonymous meetings is also mandated by law. The court orders often allow the miscreant to eventually regain driving privileges and will remove the probationary status common to all those convicted of driving under the influence of intoxicating substances.

Drunk school was highly enlightening. While all my classmates were not alcoholics, many of them were, and some were in denial of their own alcoholism. A few of them did not even know what alcoholism was. I vividly recall one of my peers telling us in group that she often closed the bar after consuming as many beers as possible and then slept in her car in the parking lot if she passed out before she could drive home. She honestly did not see this as a problem with alcohol. She thought this was what everybody did–so what? Though no one judged anyone in our sessions, I hope she came to understand that this was unhealthy behavior. We were all in it together and most of us came out of it with greater insight into our own and our fellow classmates' issues with alcohol.

On a not-so-positive note, the required Alcoholics Anonymous (AA) meetings were something else. I signed up for the meetings closest to home. These took place in a local church community room and were very well attended. The regular attendees were well aware that any newcomers were probably there because the court had ordered their attendance. While this was undoubtedly true of most new members at the time, the second-class treatment we received did not encourage attendance beyond our obligatory limits.

I introduced myself according to the usual AA protocol by giving my name, after which I stated "and I am an alcoholic." The regular membership neither listened nor responded. They just went on with their meeting that leaned heavily on praising a higher being. Since I am not a religious person and being that I felt ignored and proselytized, I never attended another AA meeting after satisfying my legal obligation. I do understand though that there are hundreds of thousands of AA meetings that take place throughout the country every day and that each one is different. I, for one, just choose not to take part in them.

My DUI happened almost thirty years ago and I never got behind a wheel after imbibing in alcohol—and never will. I began to look at alcohol in an entirely different light after talking freely, often with my colleagues in group therapy. We helped each other get through a rough patch in our lives. Their help will always stay with me. I hope they can say the same about the help I tried to provide.

I also learned not to waste any time on twelve-step programs and to channel my energy instead in other directions. What works for some is no guarantee that it will work for everyone. This shouldn't stop anyone who needs help to search long and hard for the treatment that works best for them. Don't wait for a DUI arrest to begin this very important search.