Why Cigarettes Seem More or Less Harmful in Various Countries

Why Cigarettes Seem More or Less Harmful in Various Countries 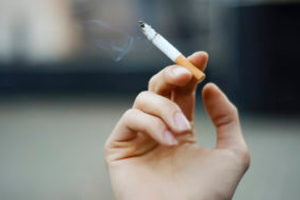 A recent episode of John Oliver's "Last Week Tonight" took a major jab at tobacco industry giant Philip Morris. According to Oliver, the large corporation uses unsavory tactics to make sure that citizens of various countries are not exposed to tobacco warnings, like the photographs found on some cigarette packaging that depict diseased lungs and other negative side effects tobacco use can have on the body. Oliver pulled up legal documents between the company and Togo--a small and poor country compared to the business--that were unsettling. According to Oliver, Philip Morris has threatened to sue Togo, as well as Australia, for attempting to use visual methods of warning consumers about the harmful effects of tobacco smoke.

Cigarettes are notoriously addictive and deadly. The tobacco industry is also notoriously manipulative and reckless with their marketing, advertising, and, apparently, their legal actions. When a person is addicted to tobacco and nicotine, his or her life is indisputably in danger. And this kind of addiction isn't small change, according to the CDC, more people in the USA are addicted to nicotine than any other drug. The CDC also officially warns that quitting smoking is universally difficult, often leading to many failed attempts. Much of the attention in the effort to lower the number of smokers in the USA and worldwide is turned toward making sure people don't start smoking to begin with, since quitting is such an obstacle. But how successful can those endeavors be if cigarette producers themselves have a say in a country's marketing and advertising laws in regard to warning labels? How is it possible that the tobacco industry has a voice in this issue at all? It's hard not to wonder how many fewer smokers we might have across the globe right now were it not for the deceptive intervention of tobacco producers.

Indeed, cigarettes might seem more or less harmful in various countries depending largely on what kind of warning labels are presented to consumers and, perhaps, whether or not a tobacco corporation like Philip Morris had any role in creating or upholding the marketing laws that allow or ban explicit warning labels. Pictorial warnings on cigarette packaging are useful. Various focus groups as well as scientific studies have revealed to us that pictorial warnings on cigarette packaging can be significantly more effective in conveying the danger of cigarettes and other tobacco products to consumers, even enough to sway some consumers toward not making the purchase.

Since we know tobacco products are highly addictive and dangerous in myriad ways to general health, there shouldn't be any limit to the type of warnings our government or any other government would like to provide its citizens with in an effort to reduce tobacco use. The number of people diagnosed with diseases directly related to or otherwise complicated by tobacco use is staggering. Something clearly has to change and Oliver is not mistaken to point his finger at a company like Philip Morris because the first thing that should be changed in an effort to resolve this issue is, perhaps, the influence the tobacco industry appears to have on tobacco warnings and the general public perception of the safety of tobacco products.