Why Cocaine is Complicating Peace Talks in Colombia

Why Cocaine is Complicating Peace Talks in Colombia 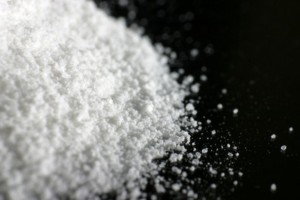 Colombia's history is flush with cocaine-related crime and the cartels that have been terrorizing the citizens of Colombia with their rampant territorial violence for decades still exist and evoke justified fear. But Colombia's leaders--ranging from the Vice President to notorious cartel members--have been in talks in Havana, Cuba regarding how to establish peace in the region. Cuba and Norway are facilitating these talks and encouraging resolution. In many ways, these talks have been successful so far, at least in theory.

As a part of an agreement from May 2014, illicit drug production within the country of Colombia was to be banned. Through many stalls in the progression of peace talks, they are now continuing bilaterally and many are beginning to wonder: will Colombia finally find peace? And what will happen to cocaine trade as a result of these peace talks?

It was in war-torn Colombia that the cocaine trade and the reign of Pablo Escobar came to life and power. Since 1997, Colombia has supplied nearly all of the world's cocaine and the bloodshed surrounding the illegal trade in Colombia has been monumental. The drug cartels in Cocaine were exporting up to 500 to 800 tons of cocaine each year in the 90s. Although many large cartels in Colombia have been dismantled since then, smaller groups have continued to run the trade.

If peace talks in Colombia could work to decrease the amount of cocaine coming out of Colombia, it could have an impact on the amount of cocaine that reaches addicts in the US, perhaps increasing cost of an already notoriously expensive drug and giving some addicts enough of a push to finally get clean. However, cocaine is a complicating issue for the Colombian peace talks because cocaine has its own sort of economy in Colombia. From the farmers to the manufacturers to the distributors to the businesses that depend on money from customers involved in the trade, this highly sought-after drugs has complicated the internal workings of the Colombia economy and how negotiators will strike a deal that works in the long-term regarding cocaine in unclear.

Some of the negative side effects of cocaine use include:

If you are addicted to cocaine, it's time to find the help that you need. Contact a healthcare professional near you, whether it's a counselor, a physician, or both, and discuss your options. Depending on the severity of your addiction, you might find that a detox and rehab center is the best place for you to go to recover from your addiction. Recovery isn't a one-time action--it's an everyday action, a choice, and a lifestyle. You'll find that there are groups near you for others who were also once addicted to cocaine and in those groups, you will likely find some of the initial support that you need to help get you through your recovery. Getting clean isn't always easy, but it is always worth it.