Why Do Celebrities Overdose?

Why Do Celebrities Overdose? 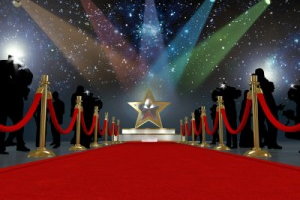 If you could count the number of celebrities who have overdosed on two hands, you would run out of fingers (and toes for that matter). Rapper Chris Kelly, of the '90s group Kris Kross, is only the latest to have passed after mixing cocaine and heroin. The harsh reality: Though drug statistics continue to rise and fall in the nation every year, illicit drug and alcohol use has remained stagnant in Hollywood.

Dennis Quaid, who began his career in 1975, revealed to Newsweek in 2011 that his worse mistake was having a cocaine addiction that developed when he entered the entertainment business. According to the actor, he began as a recreational user, only tampering with the drug when in social settings. But soon, cocaine became a constant in his life, showing up on movie sets. In fact, the 49-year-old disclosed that the substance was budgeted for movies and disguised as petty cash. Rather than sealing a deal over a cocktail, it was over lines. The practice, he said, continues today.

In 2010, reports suggested that the late Whitney Houston had been spending $300,000 a year on drugs. The singer and actress had a drawn out battle with cocaine, crack cocaine, marijuana, alcohol, and prescription pills. She had overdosed twice on cocaine in 2000 and had several stints in rehab. On the night of the 2012 Grammy Awards, Houston combined a drug cocktail (Xanax, Valium, and Ativan) with alcohol and cocaine, causing her to lose consciousness and ultimately drown in her hotel bathroom. She was 48.

Prior to seeking help for her very public drug addiction, the late Amy Winehouse had reportedly spent over $500,000 on drugs in a matter of three years. Her vices: crack cocaine, heroin, and marijuana. But it was alcohol that resulted in her death. After taking a period of sobriety, she had been warned by several doctors that revisiting the habit could lead to mortality. On July 23, 2011, two empty bottles of vodka were found near Winehouse's bedside as she laid there breathless and motionless. A coroner determined that her blood alcohol level was five times the legal driving limit and that death was caused by alcohol toxicity.

In more recent years, however, prescription pills have become an ever-growing issue in Hollywood. Actors have been known to strike an addiction with painkillers following on-set injuries, while others—including musicians—have gotten hooked on antianxiety and anti-depression medication they were administered to deal with bouts of depression. Michael Jackson, Heath Ledger, and Anna Nicole Smith are just a few who met their demise after overdosing on prescription medications.

But not all overdoses lead to death, although the chance of such happening increases. Rather, an overdose refers to consuming any substance in amounts greater than recommended or typically practiced. Overdoses usually occur when the person's metabolism does not purify the drug rapidly enough to prevent harmful side effects, like the violent seizures rapper Lil Wayne suffered from recently due to what is believed to have been an overconsumption of a prescription-strength cough syrup consisting of codeine and promethazine. The famed rapper has also admitted to smoking marijuana and popping Mollies, a pure form of ecstasy.

Why Are Celebrities Overdosing?

Well, there is no one answer.

Drug statistics show that the majority of addicts were first introduced to substances by a friend or family. In Hollywood, it's all too easy to score, especially when there are "yes" people who are eager to give the celebrities what they desire to ensure they can remain in the elite circle. And when you always roll with a large entourage, big sums of drugs or booze are necessary to curb everyone's appetite. Bad boy Charlie Sheen, who has had several stints in rehab, was hospitalized in 2011 after he threw a wild party that reportedly involved a briefcase full of cocaine. Nightclub owners also pose a problem, dispensing drugs to celebrities as an incentive to visit their venue and lure in crowds.

Some addiction specialists, such as Dr. Eric Braverman, suggests that narcissism may also be a key. Celebs, he contends, often have an ego that needs feeding and when drugs or alcohol are involved, the substances provide a sense of power and authority—just look at Reese Witherspoon's recent self-important rant that was caught on a police camera after her husband, who was under the influence of alcohol, caught the attention of officers after swerving.

Being a celebrity means being in the spotlight for better or for worse. Oftentimes, celebrities indulge in drugs and alcohol to fill voids in their lives. They have wealth, adoration, but are still unhappy. Drugs can serve a crutch to help them get through periods of loneliness and depression that can result from the rise and fall of fame and fortune.