Why People Turn to Drugs

Why People Turn to Drugs 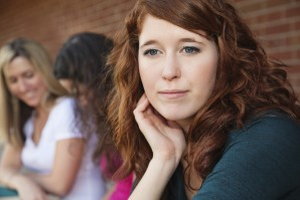 As children, our parents, teachers and elders often warned us about the dangers of consuming too much alcohol or taking drugs. As we grew older, our influences began to change and we saw our favorite celebrities smoking pot or habitually drinking alcohol. Research is continually being conducted to determine the role of genetics in addiction. Links have been found between addiction and heredity, along with certain responses or triggers in the brain, but what are the external variables that can influence addiction and drug abuse?

Some people begin to abuse drugs or alcohol because they have emotional problems or issues coping with stress. Though it seems to feel like using drugs can keep your emotions under control, when you come off of the drug, your brain goes in a hundred different directions and it can end up making you feel worse. Sometimes using drugs or drinking alcohol may feel like it is filling a void of loneliness, but once the drugs wear off, the feeling comes back twice as hard.

To Fit in or to Rebel

My parents never wanted to go into detail about what drugs did to your body; they were just strict on informing me how dangerous they were. In retrospect, I guess I was kind of rebelling against their advice. What started out as harmless rebellion spiraled me into the dark days of addiction. While some people use drugs to rebel, others use to fit in. Drug abuse is a common activity among social groups, so it can often be difficult to say no if everyone around you is participating.

The influence the media has on not only children, but adults, is more aggressive than it may seem. Seeing celebrities condone drugs and alcohol is not only common, it's almost expected. Although we are informed at an early age that movies aren't usually real, they can leave you with a sense of curiosity about drugs and alcohol, especially if the characters glorify drugs, which we so often see. I know as a teenager, I became extremely interested in drugs after seeing Fear and Loathing in Las Vegas. While sometimes the message of a movie or song is to negate the idea of drug use, that's not always the way media is interpreted.

Getting drugs is becoming easier than ever for many people. Unfortunately, many drug dealers have turned into "one-stop shops." Though many of us only started out smoking pot, it's easy to obtain other street drugs from the same sources. Not only are the street dealers stocked, but doctors are so easily convinced to write a prescription that getting pills can only take one trip to your local physician. To top things off, synthetic drugs, which are slowly becoming regulated but still popular, can even be found online. It's become as easy as ordering a pair of pants on the Internet as it is to buy synthetic drugs.

Then, there is the obvious reason: You are just bored. Since alcohol is kept in almost every pantry or cupboard in the average home, teenagers have easy access to get drunk. Even for young adults, every store you enter sells beer or alcohol, so obtaining this legal vice is no hassle at all. Growing up in a small town, there was never much to do for those of us not involved in sports or activities, so smoking pot seemed like the most feasible answer. Not only did it bring excitement to be doing something we weren't supposed to be doing, but it seemed to pass the time since boredom constantly flooded our lives.

Drugs or alcohol permeate our culture. Though many of us are overcoming our addictions and staying sober, making friends while in recovery can be difficult. It is important to choose where you hang out wisely. Bars and clubs are poor places to meet someone since the chance that they use drugs or alcohol is higher than if you chose to socialize at the library or a marathon run. When I made friends while in recovery, I never immediately brought up my sob story about my addiction. When the question of drugs or alcohol came to play, I would answer with I "do not" drink or use instead of I "cannot." For those people who are bored or are into trying new things, experiment with new hobbies, new foods, new activities! Very few of us have gone skydiving or tried that flaming hot sushi roll, so any new experience can quench your thirst aside from choosing to pick up drugs or alcohol.

If you're reading this, good chance of you being in recovery or know someone who is. The ongoing goal for all of us is to live a life that is drug and alcohol free, one where we can find fulfillment and contentment. Sometimes that may seem impossible with the way that drugs and alcohol are consistently seeping into our lives, but it doesn't have to be.