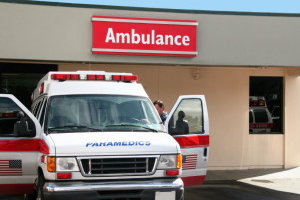 One substance, Alprazolam, commercially marketed as Xanax, Xanax XR or Niravam, is being credited with nearly 125,000 visits to emergency rooms in 2010. This number has risen from the 57,419 visits attributed to the drug in 2005, an increase of over 50%. All visits were for non-prescribed use of the drug(s). The number remained at a high of over 120,000 again in 2012.

The Dangers & Side Effects

Recreational and prescriptive use of this drug has increased steadily since its introduction in 1981 for treatment of anxiety. Within a few short years, reports of high levels of aggressive anger were recognized to be a side effect of the drug, decreasing its popularity for a short time. Dangerous side effects develop when the drug is used in combination with alcohol and other nervous system depressants.

Xanax has been held partly responsible for the drug overdose deaths of many noteworthy individuals, such as Michael Jackson and Heath Ledger. Because it is the most widely prescribed medication for psychiatric purposes (and in its classification as a benzodiazepine), the drug presents serious overdose risk. The number of prescribed users increased by 17 percent since 2006, nearly 94 million per year for Xanax by trade name, and over 23 percent for the generic brands of alprazolam.

The drug is recognized for its addictive properties, and remains one of the most widely popular substances for use with teens and young adults. The individuals most likely to abuse this drug are those aged 18-34, and white males, specifically. They are frequently addicted to other substances, such as alcohol, heroin, or other narcotic pain medications.

Why the Xanax Explosion?

Users are attracted to Xanax because of its fast-acting relief and addictive nature. Users quickly become tolerant to the medication, and require higher doses within a short time. This tolerance can lead to overdose. To gain the same effects from the drug, they begin to experiment with other substances that have similar effects. Under the influence of sedatives or pain medications, even alcohol, they may misjudge the amounts taken or mistakenly overdose due to lack of sober judgment. Whether intentional or accidental, death is a common and frequent outcome of these overdoses.