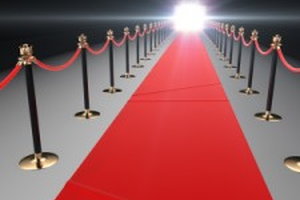 On any given weekend—or day for that matter—some of Hollywood's most sought after young star paint the town in designer garb. They are young, rich, famous and no one is telling them "no." But there is another side to all this glitz and glamour. What we don't see is many young celebrities' ongoing struggle with drug and/or alcohol addiction.

Just recently, Amanda Bynes, the former Nickelodeon kid who began her career at the age of 14, was arrested for allegedly throwing a marijuana bong out the window. Over the past several months, the 27-year-old had been displaying erratic behavior that has many speculating that a psychotic disorder is being compounded by drugs and alcohol, which seems to have finally come to a head.

According to the National Alliance on Mental Illness, approximately 5.2 million adults who have a mental health disorder also have addiction problems. When you place a person with mental health or emotional issues in a high intensity environment, drugs and alcohol seem like a logical choice. They ease a person's fears about their social environment, body image, limitations, skill level, and success. Substances help them "deal" with anxiety and stress.

Take singer and actress Demi Lovato, for example. The 20-year-old, who suffers from a bipolar disorder that has led to cutting and bulimia, admitted to Fabulous Magazine that she experimented with cocaine in 2010 due to emotional unrest that was triggered by peer pressure and loneliness. The product was all too easy to access, especially when hungry club promoters and dealers would supply the drug in exchange for her appearance or the opportunity to take comfort in her elite circle.

Meanwhile, actress Lindsay Lohan's life and career continues to spiral out of control as she completes her sixth stint in rehab. It certainly will not be her last. No young celebrity has made more headlines—or had more court proceedings—for drug and alcohol abuse than this "it-girl." It was revealed this week that the "Liz and Dick" star tried to score drugs in rehab by inviting a drug dealer to visit her at Betty Ford, and has had outrageous fits since her Adderall was confiscated. Dr. Cheryl Pappas, in her 2010 blog for Huffington Post, took a leap back then by categorizing Lohan's case as a mental illness.

It's not hard to understand how so many young stars fall victim to addiction. If they didn't have mental or emotional issues before they got famous, it's easy to see how many are prone to develop such tendencies after constantly feeling the tremendous pressures of Tinseltown to succeed. And if the problems existed previously, well, one can only suspect that they will be exacerbated.

Hollywood is fickle. A rising star is constantly met with scrutiny, along with approval and disapproval. One week they may be on the call roster and the next their career is crashing and burning. As they take those dips, oftentimes it is cocaine, meth, crack, alcohol, marijuana, ecstasy, prescription meds, or other substances that provide escapism from the pressures they feel. Sadly, people like Amy Winehouse, Whitney Houston, Brittany Murphy, and Chris Kelly will never know what their lives could have been if they had kicked their habit for good.