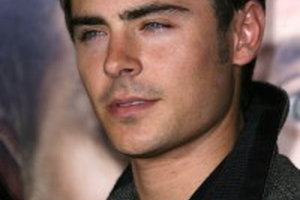 What does a drug addict look like? Unkempt, homeless and whacked out of his or her mind? This indeed is the profile of some addicts—and the one that that readily come to mind when we think of an addict. But what about handsome, physically fit, adored and rich? For some reason, we forget that this can also be the face of addiction, which is why we are fascinated and constantly surprised when another celebrity makes headlines. How could this happen to him? Doesn't he have it all? But that's the thing about addiction: It doesn't discriminate or stereotype. People from every ethnicity, socioeconomic background, and intelligence level can (and do) become hooked. There is no typical profile—addiction touches all.

Latest famous case in point: Zac Efron. Despite his outwardly enamored life, the 26-year-old was secretly struggling with an addiction to cocaine—and quite possibly oxycodone and the new "it" drug Molly. When fans and critics found out that the young celebrity slipped into rehab earlier this year under their noses, the news not only turned heads but smudged his squeaky-clean persona.

Perhaps, America could have seen it coming. Efron is not the only Disney kid who has battled with addiction over the years. He adds to a lineup of young celebrities—including Brittany Spears, Miley Cyrus, Demi Lovato, and Lindsay Lohan—who have turned to drugs to help cope with the rise and fall of fame, strained relationships, depression, and being pigeonholed by the entertainment industry.

As with many up-and-coming young stars, fame and fortune have their price. They do not always mend a broken heart, strip away depression, or obliterate self-loathing. Sadly, for Cory Monteith, help did not come soon enough. Monteith was found dead this year after overdosing on heroin and alcohol. His struggle with drugs was long and hard-fought despite television success. And the Glee cast is constantly reminded of this, which may be what spurred Lea Michele, Monteith's ex-girlfriend and former co-star of Efron's, to reach out recently and offer support to Efron.

With more celebrity addictions coming to light (and as more stars celebrate their sobriety), the once black-and-white spectrum that defined drug users as being of a certain ethnicity, socioeconomic background, and intellect, or looking a particular way, is becoming increasingly gray. Drug addiction can strike anyone—no one is immune—even those who seem it have it all.