Zohydro ER: What's All the Fuss?

Zohydro ER: What's All the Fuss? 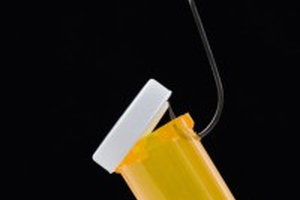 A new opiate painkiller, Zohydro ER, was introduced to the U.S. market last month (March 2014). FDA Commissioner Dr. Margaret Hamburg told Senate lawmakers that the recently-launched Zohydro fills an "important and unique niche" for treating chronic pain. What sets Zohydro ER apart is that it is the first single-ingredient hydrocodone drug ever cleared for U.S. patients. Each extended-release pill contains up to five times more of the narcotic than previously available combination pills, such as Vicodin. According to the FDA's review, the relief—or the high—of Zohydro ER can last up to 12 hours per dose.

The Concern about Zohydro ER

So what's all the fuss about, you might ask? Plenty. Since Zohydro ER is a potent extended release formulation of pure hydrocodone, it has the obvious potential to add to the growing epidemic of painkiller addiction. According to the experts, Zohydro ER is so strong that someone new to opioids could die of an overdose from just two pills. And should the drug accidentally fall into the hands of a child, s/he could die from ingesting a single capsule. Many fear the introduction of such a potent drug into the market could trigger a catastrophic spike in overdoses and even deaths.

As you might expect, opponents of the drug in its current formulation have been vocal about their concerns. One major criticism directed at the FDA is that regulators should require Zohydro ER to be formulated in a way that would make it difficult for abusers to chew, crush or dissolve—all methods which an addict might use to then snort or inject the drug in order to get that super quick high.

Beyond the addiction-related concerns raised regarding Zohydro ER, another significant concern is that a potential financial conflict of interest exists for the company that manufactures the powerful new drug. Zohydro ER will be manufactured by Alkermes, the same company that makes a popular medication called Vivitrol. Coincidentally, Vivitrol is used to treat patients addicted to painkillers or alcohol. Suffice it to say that when the same company that produces a drug as powerfully addictive as Zohydro ER also occupies space within the market related to pharmaceutical addiction treatment, there could be a cause for concern, or at least for more questions.

The Jury Is Still Out

More recently, some physicians have come out as saying that they will not be prescribing Zohydro ER, and many state officials are expressing concern about the potential abuse that can result from this drug. Massachusetts governor Deval Patrick went as far as to put a ban on prescriptions until further safeguards are taken, and Vermont governor Peter Shumlin put into place new rules that will closely monitor how it is prescribed in his state.

Despite the obvious need for opioid pain relievers such as Zohydro ER, I remain concerned that we haven't yet reached "zen" for this particular drug. I fear that we may see Zohydro ER lead to a "rock bottom" like we've never seen for many who struggle with prescription drug addiction. My hope is that those who hold the decision-making authority as well as the purse-strings can work together for the greater good of all stakeholders. That includes both those who suffer from chronic pain as well as those who struggle with addiction.

Brooke Lyn Harper* has been a senior leader in the healthcare industry for over 15 years, specializing in healthcare compliance and privacy. Having overcome the life challenges of addiction and mental illness, her desire is to "pay it forward" by sharing her own experiences and expertise in hopes of touching others in an informative and engaging way. Brooke Lyn Harper is a pseudonym.