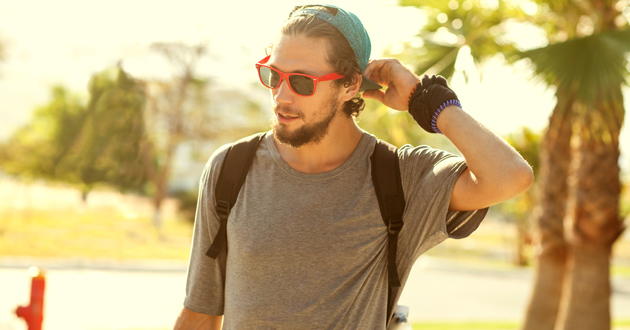 Marijuana is the most popular illicit drug in the United States. This plant-based psychoactive drug is found in leaf form and is commonly smoked or ingested. Derived from the Cannabis plant, the active ingredient in marijuana is delta-9-tetrahydrocannabinol (THC), which is the ingredient that causes the drug's psychoactive, mind-altering effects.

While it can often be controversial whether marijuana is addictive, many people can become dependent on the substance when it is used habitually. According to a 2015 study by the National Institute on Drug Abuse (NIDA), approximately four million people in the United States met the criteria for marijuana use disorder and 138,000 voluntarily sought treatment.

How Marijuana Affects the Body

Marijuana has a variety of effects on the body and mind. When it is smoked, the THC that is active in the drug will pass from the lungs and into the bloodstream, which then carries THC to the brain and other organs. Once the THC is active in the brain, the brain's receptors are activated and a person will start to feel high.

Signs of marijuana intoxication include:

Marijuana is much more potent and powerful today than it was in the past, which can lead to stronger highs and effects that are still being studied. Because of increased potency and lacing marijuana with other stimulants or psychedelic drugs, hallucinations, delusions and psychosis can also occur in those who smoke or ingest marijuana.

The long-term effects of marijuana abuse include:

Marijuana use can impair thinking, memory and learning due to how marijuana influences the brain's ability to build connections in these function areas. It's still unknown whether or not these changes are permanent, or if they will get better over time as a person stops using marijuana.

If marijuana is smoked for a long period of time, the smoke will begin to irritate a person's lungs. Coughing, lung illnesses and a higher risk of lung infections are all long-term consequences of smoking marijuana.

Marijuana can increase a person's heart rate for up to three hours, which can increase the risk of heart attack—and put older adults at a higher risk—after long-term use.

Some people who use marijuana for a long period of time might develop Cannabinoid Hyperemesis Syndrome, which can cause regular bouts of nausea, vomiting and dehydration.

Marijuana use can cause hallucinations and paranoia in some people, which can worsen symptoms for people with schizophrenia. It can also exacerbate symptoms of depression and anxiety.

Signs of Marijuana Use Disorder

If you or someone you know is struggling with marijuana use, there are numerous signs and symptoms you may notice that signal marijuana dependence, also called marijuana use disorder:

You may also notice that marijuana use has created interpersonal conflicts, increased anxiety, sluggish behavior, weight gain and more. When you notice these symptoms, it's time to contact a treatment provider for help.

Although marijuana is a popular drug, it can have different effects on different people. For this reason, it's important to remember that while its effects could be mild for one person, they could be drastically different—and more severe—for others.

Smoking or ingesting marijuana with psychedelic drugs or stimulants and depressants could cause unpredictable symptoms, or more severe symptoms that are already present when experiencing a high from marijuana use.

Further, for people with a mental health condition, marijuana use could make a person feel worse, often adding to the negative feelings of depression and anxiety. For those with schizophrenia specifically, marijuana can cause increased auditory and visual hallucinations, as well as increased paranoia.

Recovering from marijuana addiction takes time and is often a process. Here are the primary phases of marijuana treatment:

For people who use marijuana frequently or in high doses, it can be common to experience withdrawal symptoms when quitting or cutting down on marijuana use. Common withdrawal symptoms can include irritability, moodiness, sleep problems, decreased appetite, cravings, and feeling restless or physically uncomfortable. While marijuana withdrawal can be uncomfortable, it is not life threatening and typically only lasts a few days to a couple of weeks. There are no medications to treat marijuana withdrawal, and while the physical symptoms of withdrawal will go away in time, marijuana takes time to clear from the body, sometimes up to 30 days. During the withdrawal phase, many people find it helpful to meet with a counselor, go to sober support meetings like Alcoholics Anonymous (AA), Narcotics Anonymous (NA) or SMART Recovery, or stay busy with healthy, sober hobbies.

Depending on the severity of marijuana addiction, an inpatient treatment program could be helpful. Residential treatment programs offer round-the-clock support from nurses, doctors and counselors that are able to support you on good days and bad days. Inpatient programs typically include daily group therapy sessions, individual counseling, mental health counseling, and other offerings like meditation, exercise, yoga and spiritual counseling. During residential treatment for marijuana addiction, people learn valuable skills to take out of treatment like healthy coping skills, how to build a sober support network and how to prevent relapse and overcome negative triggers and cravings.

For those who have completed a residential treatment program, or those who don't need 24/7, supervised care, an outpatient treatment program can be effective in treating marijuana use disorder. Outpatient treatment programs will offer weekly group sessions, ranging anywhere from one to four times per week, along with regular individual counseling or a recommendation to work with a mental health therapist. Outpatient treatment can be beneficial for those recovering from marijuana addiction because it allows people to attend treatment while continuing to work, live in their community and build a support network of sober peers. Because marijuana is a common social drug, learning to stay sober on an outpatient basis can help people stick with recovery long-term as they have the support to maintain sobriety while navigating the stressors of daily life.

There are many ways marijuana use disorder can be treated. Most treatment programs will include a blend of group therapy with individual counseling and mental health services, but the type of therapy could vary from program-to-program.

Here are a few types of therapy you could expect:

This is one of the most common forms of therapy and includes analyzing thinking patterns to come up with new coping skills, behaviors and ways of thinking to correct negative behaviors like marijuana use.

Some people have a hard time staying motivated to be sober if they're told they have to. Motivational interviewing will help a person realize their internal motivations to stay sober and will work off of what inspires an individual.

This form of therapy includes using rewards (or lack thereof) to incentivize people to stay sober and change their using behaviors. For example, this might mean accruing points towards a reward, like a gift card, as a person uses healthy coping skills and stays sober.

Other forms of therapy could be helpful, like acupuncture, yoga or mindfulness meditation.

As you work to recover from marijuana addiction, remember, recovery takes time. Be patient with yourself and trust the process. Life in recovery means restored relationships, better financial stability, and improved mental, spiritual and physical health.

As the saying goes, recovery is about progress, not perfection. The first few weeks, and even months, might be difficult and could feel like you're not making any progress at all. Remember, this is normal and it's most important to stick with a recovery program.

Over time, you'll notice your people, places and things are changing—maybe you've found a new group of friends, have started living in a sober environment, or have found a new set of hobbies. Each of these small changes will add up to big progress over time. But at the beginning, it's important to be patient.

So if you're ready to start your journey recovering from marijuana addiction, contact a treatment center or treatment provider to schedule a chemical use assessment and get started in recovery.