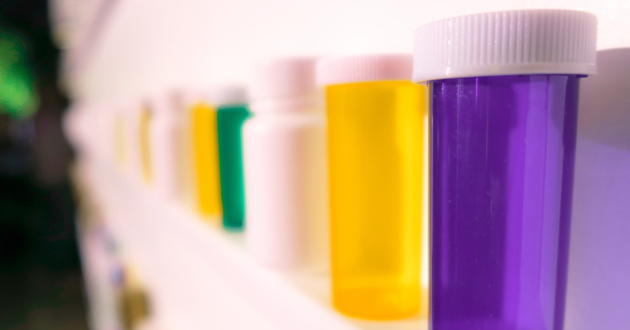 What is a stimulant? Stimulants are drugs prescribed by physicians to help mitigate the effects of attention deficit hyper disorder (ADHD). They increase an individual’s focus and concentration levels, as well as alertness. As a result, they are also effective in treating patients suffering from sleeping disorders such as narcolepsy, or from allergies and colds.

As helpful as they are, the DEA has classified them as Schedule II controlled substances because of their highly-addictive qualities. While caffeine is by and large the most widely used stimulant in the world, the topmost commonly abused prescription stimulant is Adderall, which consists of either amphetamine or dextroamphetamine.

Common effects of Adderall abuse include:

It is important to understand the difference between addiction, misuse, and abuse. Put quite simply, prescription stimulant misuse is taking any legal prescription stimulant or amphetamine-based drug for anything other than its intended use by a prescribing doctor. Abuse is the individual uses a stimulant for recreation or self-medication. Addiction is where an individual has developed a tolerance to the drug and can no longer mentally (and in some cases physically) function normally without taking it. The problem, however, has less to do with the primary use of the drug, but rather its chemical effects on the central nervous system itself and how they make people feel.

With the exception of those who suffer from adult ADHD or extreme sleep disorders, those who misuse or abuse prescription stimulants seek heightened alertness, increased energy levels, or dopamine stimulation. While the use cases vary, some high school and college students begin using stimulants illicitly for either a competitive edge, or to use them as study aids. Those who work long shifts (such as truck drivers, medical staff, etc.) sometimes also resort to using these meds as an energy source.

Stimulant addiction begins in numerous ways. Those who take Adderall or other prescription drugs for ADHD and similar disorders are at risk of developing a dependence if they increase their intake above what is normally prescribed by their doctors.

The risk factors for prescription stimulant addiction are:

The chief, immediate danger of stimulant abuse is acute overdose. During this event, most users will experience a bevy of life-threatening symptoms, including a myocardial infarction (heart attack), seizures, strokes, abnormally high or low blood pressure, and circulation failure. Overdosing can also lead to a coma, violent convulsions, and death by poisoning.

The tell-tale signs of stimulant abuse are very apparent. If you or your loved one abuse prescription stimulants, look out for the following symptoms:

As with any case of drug abuse, there are also detrimental psychological effects that occur from stimulant misuse. Lack of judgement or poor judgement is one such side effect. If you notice yourself or your loved one making rash or otherwise irresponsible decisions (such as skipping work/school, blowing off an interview, etc.), this may be an indicator of drug abuse.

Visual or auditory hallucinations are a much more blatant sign abuse, as is loss of coordination and verbal memory. Some people will experience tremors, most likely due to withdrawals, as well as heightened suspicion and paranoia. You may notice they exhibit delusional behavior, and experience depressive episodes. They may have apparent manic episodes or psychosis.

There are several treatment options for prescription stimulant addiction, however the first step is detoxification. Your body must be purged of all stimulant toxicity before you can do enjoy a full recovery. A chemical detox takes place in a hospital or facility where you will receive at least 24 hours of medical supervision.

Complications during the detox phase are not typically life-threatening. Withdrawals from this phase include agitation, moodiness.

Some people experience deep sadness, depression, even suicidal thoughts. The supervising doctor may prescribe you antidepressants, antipsychotics and anti-anxiety meds in such cases, however they are used only after the acute withdrawal phase. This is a precaution against introducing any additional complications.

Inpatient rehab takes place in a hospital or medical center where patients live in a facility for a designated period of time. This typically involves being around others receiving treatment as well, however you’ll benefit from 24-7 support, supervision and structure.

The residential approach allows you to focus on your recovery; no need to stress about everyday tasks or responsibilities. You will receive a treatment plan and agenda that tailored specifically to your needs. You will often interact with psychologists, counselors and other medical staff in a highly-structured environment dedicated to making your recovery a reality.

Residential Facilities From Our Rehab Directory

The Willows at Red Oak

Outpatient stimulant rehab is an option for those who need more flexibility. The outpatient approach allows you to attend treatment sessions and continue working, attending class, or otherwise take care of your non-negotiable duties. These types of programs require your attendance at least 10 hours per week at a treatment facility or hospital of your choice. Outpatient stimulant rehabilitation implements a mixture of both group and one-on-one therapy.

Aside from the acute withdrawal stage discussed earlier, you will next experience a calm before the storm, known as the relaxation phase. After you coursed through the withdrawals, you may feel relaxed. However, you may also feel as though you are fully recovered. This is the furthest from the case.

Relaxation: With your physical symptoms vanished and your body back in equilibrium, you start to feel good. However this is where relapse occurs most of the time during recovery. This is where structure becomes a paramount component in your journey.

Hitting a Wall: This is the stage where you feel as though you’ve hit a complete stop with your recovery, and boredom sets in, and you may begin to contemplate giving into cravings. This is a crucial stage where you must remain occupied with anything and everything that keeps you busy.

Regulation: In this phase of recovery, your drug cravings and temptations finally become a thing of the past. You still feel fatigued every now and again, prompting a relapse, however you learn to regulate your emotions naturally.

Resolution: The final phase of a stimulant addiction. This is the part where you will need continued support via counseling until you are deemed completely free of the drug by you and the medical staff.

Located in MA and RI, we're part of @AAC_Tweet 's family of facilities. We focus on detox, crisis stabilization, rehab, and family services.

Fresh Start Recovery Center in Gaithersburg, Maryland, offers comprehensive treatment for substance abuse and co-occurring mental health disorders. We are conveniently located close to the Washington, D.C. metro area and Maryland’s Montgomery, Howard and Frederick counties. Fresh Start is dedicated to serving the communities in the state of Maryland and also along the East Coast. We offer Partial Hospitalization, Intensive Outpatient, and Outpatient programs at our beautiful facility.