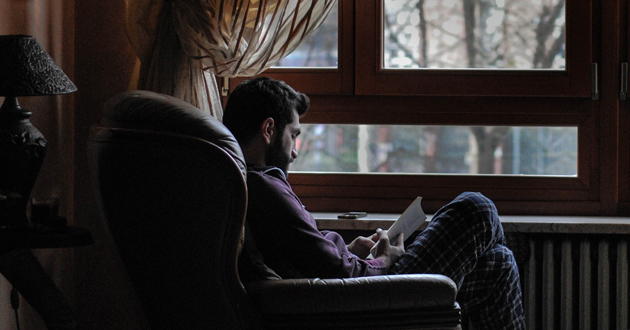 Synthetic drugs, also known as “club drugs” or “party drugs,” are man-made versions of drugs that are marketed as delivering a safer high to the user.  Also known as designer drugs, synthetic drugs are designed to mimic the effects of traditional controlled substances, while maintaining slightly different makeups to avoid being classified as illegal. These drugs are often produced in underground laboratories and contain an unknown mix of dangerous chemicals, making it hard for the user to consume an accurate dose. Synthetic drugs, which can be found for sale at gas stations, tobacco shops and the internet, are usually marketed under names such as “bath salts,” “potpourri,” “herbal incense,” “plant food,” and even “jewelry cleaner.” According to U.S. Customs and Border Protection most synthetic drugs, which first made their appearance in the United states in 2008, originate and are manufactured in foreign countries before being shipped into the U.S.

All the synthetic drugs currently on the market fall into one of two main categories: synthetic cannabinoids and synthetic cathinones. Both of these categories are classified as new psychoactive substances (NPS), a group of unregulated mind-altering substances that intend to mirror the effects of illegal drugs which have newly become available or have been reintroduced on the market due to renewed popularity.

Synthetic Drugs Addiction and Their Effects

Although synthetic drugs are designed to mimic the effects of their illegal and traditional counterparts, they usually have unpredictable and much stronger effects.

Some of the acute risks of synthetic cathinones  use include rapid heart rate, increased blood pressure, chest pain and dehydration, which can lead to muscle loss and kidney failure in some cases. Individuals who use the drug intravenously or snort it are at a higher risk of suffering acute side-effects and even death.

With over 150 different kinds of synthetic cannabinoids and cathinones  on the market, emergency rooms across the U.S. have seen a surge of visits from individuals suffering from acute side-effects of synthetic drugs. According to the American Association of Poison Control Centers (AAPCC), poison control centers around the country received 7,779 calls about synthetic cannabinoid and 520 calls regarding exposure to bath salts in 2015. In addition to being dangerous, frequent use of these substances can be addictive and cause withdrawal symptoms once use is ceased.

Although not necessary when detoxing from synthetic drugs, some individuals may find it helpful to have a medically facilitated detox depending on a case by case basis. There are currently no medications designed to help with synthetic drug withdrawals. On average, the detox period from synthetic drugs can last 5-7 days, however, this can depend on factors such as frequency of use, type and method of use, as well as other co-occurring disorders and addictions an individual may have.

Due to the fact that there are no specific drugs to treat the short-lived withdrawal symptoms from synthetic drugs, behavioral therapies are favorable treatment options when helping individuals combating synthetic substance abuse problems. Therapy such as cognitive-behavioral therapy, which helps individuals understand the thoughts and feelings that motivate their substance abuse, as well as   motivational incentive therapy have proven helpful.

As part of a residential treatment program, individuals can benefit from intensive and comprehensive treatment plan with round the clock access to medical and therapeutic personnel. An added benefit of residential programs is that they provide a safe environment away from temptation and everyday life distractions, where an individual can focus solely on their recovery. Residential programs also offer self-fulfilling programs such as sports, excursive and yoga to help channel an individual's excess energy and build better habits for long-term recovery.

For individuals who cannot take time away from work and other responsibilities to immerse in a comprehensive residential program, outpatient treatment is a more fitting option. This form of treatment is also a great resource for those who have completed a residential treatment program and wish to continue treatment in an outpatient setting.

If you’re looking to take the first steps towards recovery in a serene, natural environment, look no further than Oxford Addiction Treatment Center in Etta, Mississippi. Our incredible staff at this American Addiction Centers (AAC) facility includes expert and passionate caregivers dedicated to providing high-quality clinical-based treatment for addiction and many co-occurring disorders. Our main campus, located in the town of Etta, just a few miles outside of the historic Oxford, Mississippi, stretches across 110 beautiful acres of wooded, rolling hills. Situated around a picturesque private lake are our main lodge, medical services facilities, patient cabins, fitness center, equestrian center, and outdoor pavilions. Yes, you read that right: an equestrian center. When your journey towards sobriety calls for it, our range of therapy options—including mindfulness, Native American healing, and equine therapy—will inspire your recovery.